Tottenham Hotspur have sacked Jose Mourinho and the timing could hardly be more brutal. The decision comes one week before the League Cup final, denying him a shot at silverware, but more importantly it comes just hours after Spurs announced their part in the Super League.

Daniel Levy may be hoping that announcing Mourinho’s departure now detracts from the bitter pill of the night before. He is wrong. If anything, the detachment so many of us feel highlights the extent of the existential threat the Super League poses; without competition for Europe, with rich financial reward guaranteed in perpetuity, Tottenham Hotspur becomes meaningless as a football club.

But should the plans ultimately be shelved, and there is significant pushback on the horizon, then there will be meaning again in who takes charge of Tottenham by the start of next season.

Whoever it is, they are unlikely to do worse than Mourinho. His tenure ends on a 46.6% win ratio in the Premier League, lower than Andres Villas-Boas, and with fans almost unanimous in their dislike of the manager. It is no wonder they turned on him.

Here’s a look at the top candidates to replace Mourinho:

Pretty much all Tottenham fans would like to see RB Leipzig’s manager in the dugout, and it seems likely Levy will make an approach. Nagelsmann is exactly the sort of young, tactically dynamic, and progressive manager who Spurs should be looking at – and much closer to the vision Mauricio Pochettino set out.

However, it is not clear whether Nagelsmann would join Tottenham. It has been reported that Bayern Munich are interested in replacing Han-Dieter Flick with Nagelsmann, and indeed Real Madrid are rumoured to be interested. In other words, it surely makes sense for him to wait for one of the truly elite jobs to come up.

A fan favourite from his playing days at Tottenham, Scott Parker would be a decent shout for getting supporters back on side should Levy decide the Mourinho debacle requires a completely different approach. Young, smart, and a media darling, Parker has the air of a top up-and-coming manager… even if the reality is a little different.

His reputation has grown significantly this season as Fulham began to make a surge towards 17th, and yet on balance there is nothing about his time at the club to suggest Parker is ready to manage a team of Spurs’ size. This appointment would be uncomfortably close to Chelsea’s hiring of Frank Lampard, a naïve decision that came back to bite them. 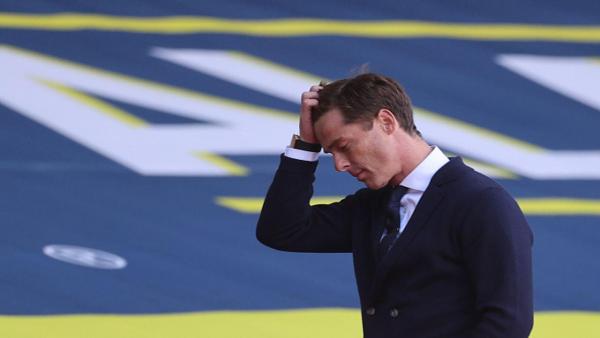 Another good choice is Leicester City manager Brendan Rodgers, and yet, like Nagelsmann, it’s hard to see why he would accept an approach. The Foxes are on the verge of Champions League qualification, and while Spurs have a stronger footing in the elite – especially if the Super League holds – Rodgers is in the middle of a very impressive project.

The fact that Spurs have ruthlessly sacked Jose Mourinho – and were just as ruthless with Pochettino – would also give Rodgers pause for thought. He has the full support at Leicester and should be given a decent transfer budget for next season’s Champions League, making Spurs a sideways step at best.

He wouldn’t exactly excite Levy, who was so delighted to attract a famous manager when Mourinho joined in November 2019, but with options limited Eddie Howe could find himself in the job. Should high profile candidates turn the role down, and should things not work out with Ryan Mason in the interim, then Howe’s impressive coaching and tactical nous at Bournemouth could put him near the front of the queue.

Howe’s reputation diminished in his final season at Bournemouth, and certainly there are justified concerns over his business in the transfer market, but he did an outstanding job over eight years. It wasn’t long ago many fans of ‘Big Six’ clubs wanted Howe at the helm. It could be a very astute signing, albeit one that probably lacks the glamour Levy – with his Super League project – will crave.

Allegri is currently the seventh favourite – also behind Nuno Espirito Santo (8/1) and Jurgen Klinsmann (10/1) – despite the fact he seems to fit the bill perfectly. The former Juventus manager is out of a job, making him a cheap option following Tottenham’s reported £15 million Mourinho payoff, and boasts a pedigree befitting of Levy’s ego.

Perhaps the Spurs chairman will feel Allegri is too much like the Mourinho appointment and would prefer to move back towards the attacking aesthetics of Pochettino, but if Nagelsmann is not available then it’s slim pickings. As the dust settles, Allegri – who has been learning English in the hope of moving to the Premier League – should become a more and more attractive option for Levy.

Chelsea vs Leicester, Burnley vs Liverpool & West Brom vs West Ham
37 mins ago

What Should You Know Before Venturing Into Daily Fantasy Sports?
39 mins ago