20/1 Flinders the answer to Goodwood puzzle


The Golden Mile on the fourth day of the Qatar Goodwood Festival, is possibly not an ideal medium for an ante-post play: it is, after all, one of the toughest handicaps in the calendar, with the prospect of plenty of trouble in running on one of the trickiest tracks in the country. Add to that the complication of the similarly valuable International Handicap at Ascot, over seven furlongs the previous Saturday, sharing many of the same horses among the entries and a note of caution is advised.

And yet, the temptation offered by some opposable market leaders lures one in.

Magical Morning has been ante-post favourite since he won at Sandown at the start of the month. He picked up a 3-lb penalty for that, which is 2 lb less than the BHA Handicapper has raised him. However, the new mark would be taking a high view of the form in a race which saw Magical Morning to good advantage, the field in something of a heap in behind. In his favour, Magical Morning isn’t entered at Ascot and is the only representative for the Gosden yard in the Golden Mile. He does, though, look short enough for a race that may not suit him so well, tactically.

Real World: Not sure to reproduce Hunt Cup form 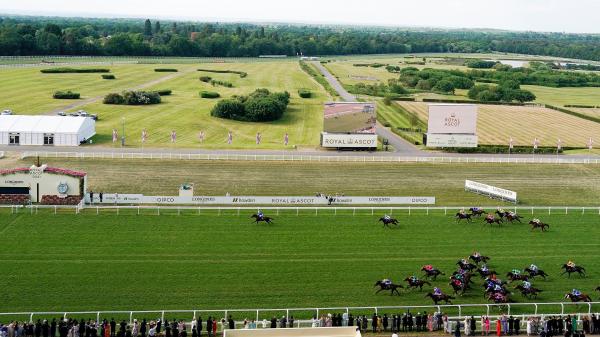 Next in, the Royal Hunt Cup winner Real World missed the chance to run under a penalty – when he would have looked thrown in – in either the Bunbury Cup or John Smith’s Cup at the weekend, so will have to run off his new 14 lb-higher mark in the Golden Mile. He has a listed race entry the weekend coming and is also in the Group 2 Lennox Stakes at Goodwood, so even if he’s up to the task off his new mark under different circumstances (round a bend and almost certainly not on such firm ground), connections may opt for another option.

Perotto: Hefty rise leaves him with work to do

The three-year-old Perotto also figures towards the head of the betting, having won the Britannia at Royal Ascot, though that was something of a draw race and he failed to repeat the effort when a shortish price in the Bunbury Cup under a penalty. The return to a mile might well help him – all his runs bar the Britannia have been over shorter – but he’s by no means well in off a revised BHA mark of 106.

The horse that probably ought to be favourite is Path of Thunder, who showed improved form when winning at Newmarket last week. A change of tactics and headgear seemed to work the oracle with him and his revised mark will involve more of a rise than the 3-lb penalty he picks up does. Path of Thunder is in the International at Ascot and it might be that race, on a straight course, will suit him better.

William Haggas looks to have a host of interesting entries, several also in at Ascot, which makes plumping for one rather complicated. Perhaps Aldaary is the most interesting. He has been turned over at short odds on both his handicap starts, but he was given little chance from his position behind Rhoscolyn here in the spring and again probably wasn’t ideally positioned in the Buckingham Palace at Royal Ascot. He is bred to stay a mile and may well benefit from a well-run race at the trip.

At this stage, perhaps the most overpriced runner is Matthew Flinders. He has some strong form to his name – his third in the Spring Cup at Newbury came in one of the hottest handicaps of the season so far. Matthew Flinders failed to match that effort when seventh at York and down the field in the Royal Hunt Cup, but he wasn’t seen to advantage either time, seeing too much daylight and racing too freely.

Matthew Flinders got right back on track in a seven-furlong listed race at Chester on Saturday, when he chased home a top-form Safe Voyage. That effort more than confirmed the level he’d run to at Newbury. Although he’s in the International, the poor run in the Hunt Cup and the way in which the turns of Chester helped him settle better, will hopefully mean that he takes his chance in the Golden Mile. Matthew Flinders looked too big a price at 21.020/1 with the Befair Sportsbook and is worth an interest.