Super Bowl LV offers NFL fanatics the chance to scarf down wings while rooting for their favorite GOAT.  The annual showdown offers a variety of entertaining special props for avid or novice bettors. According to CNBC.com, half of Americans are betting on Sunday’s game.

Historically, special bets have focused on the National Anthem and the coin toss. Keeping the theme of unprecedented alive in 2021, the first-ever poetry recital in Super Bowl history will take place as part of this year’s opening festivities. Curious about which bets to place? Try the Jimmy Fallon method, or read on for a detailed analysis.

Country crooner Eric Church and R&B songstress Jazmine Sullivan have been bestowed the honors of singing the National Anthem at this year’s Super Bowl.

Tune in on Feb 7 to the Super Bowl to see Eric and @jsullivanmusic sing the National anthem on @CBS! The Kick-Off Show starts at 6 PM ET #SBLV @NFL pic.twitter.com/XA23VuA0sE

The pair will be the second duet performance of the National Anthem in Super Bowl history. Each year, bettors attempt to predict the length of The Star-Spangled Banner performance. The over and under threshold this year is two minutes.

Neither artist has a consistent track record of performing the National Anthem at sporting events.  While Sullivan has logged a performance at the NHL all-star game, Church has never performed the anthem. According to USA Today,  Church said he never wanted to perform the national anthem, with one exception — the Super Bowl.

Will Sullivan and Church come in over or under? The average national anthem length at Super Bowl has been 1 minute and 55 seconds.  What about past performances?

Only two of the last five national anthem performances exceeded the two-minute mark. Keep in mind for betting purposes, the national anthem ends the first time the performer(s) say the word “brave.” With a number of variables including how the anthem will be divvied up between Church and Sullivan, bet the under.

Other US Anthem Odds

Church To Forget Or Omit Words

The Super Bowl National Anthem is a dedicated bettor’s paradise. The bets go far beyond the length of the anthem.  Forgetting or omitting words can be embarrassing for the performer, but it makes for a good return for bettors. At Super Bowl 45, Christina Aguilera botched the National Anthem, earning bettors a nice little return.

Sullivan has performed the anthem before. It is unlikely she will forget the words. Instead, bet on her counterpart forgetting the words. In an interview with the Tennessean, Church called the anthem performance a 10 degree of difficulty off the high dive. Could this be why he has refused to perform it any other time? It sounds like Church could be the one fumbling through the performance, securing bettors a cool +1000 return.

Still not finding a wager you like involving the anthem? Take it to the head-to-head battle, where you can bet on whether the broadcast will show Super Bowl veteran Tom Brady or upstart superstar Patrick Mahomes first, among other wagers.

The Super Bowl matchup we ALL care about: Heads vs Tails.

Just like the roulette table, there are hot streaks. Tails had a four-time streak three different times over Super Bowl history. Heads ran a streak of five in a row. In a 50/50 bet, stats point to tails bringing home the bacon.
Pick: Tails (-105)

Do coin toss winners also win the Super Bowl?  No. Only 25 teams who have won the coin flip have also won the Super Bowl. Look at Super Bowl 54. While Kansas City lost the coin toss, they still won what mattered most: the Lombardi trophy.

Youth poet Amanda Gorman will recite the first ever poem at the Super Bowl.

Amanda Gorman will be showcasing a new poem at the Super Bowl LV pre-show next Sunday.https://t.co/f88ToLeNEc

There has been quite a bit of buzz around which word Gorman will say first.

Three honorary game captains have been selected to participate in the Super Bowl ceremony. The three include a veteran, an educator, and an ICU nurse. It is highly plausible Gorman will use the word super to describe these three individuals.

There’s more to the poem too, and with that, more wagers, including length of poem and what team name she drops first.

Happy betting this Sunday, and don’t forget to check out all of our betting stories before the big game! 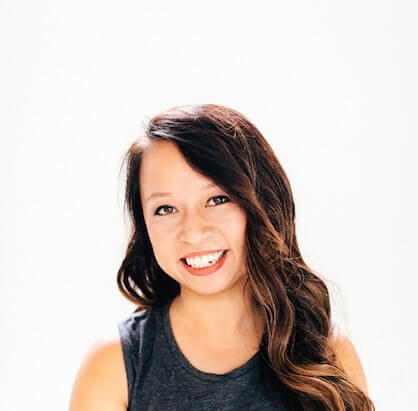 Sally is an avid sports and entertainment fanatic. For over two decades, she has made personal predictions on anything from NFL games to who will be the next Bachelorette. Sally has since parlayed her predictions into writing gigs for various media outlets before joining the team at SBD.

Sally is an avid sports and entertainment fanatic. For over two decades, she has made personal predictions on anything from NFL games to who will be the next Bachelorette. Sally has since parlayed her predictions into writing gigs for various media outlets before joining the team at SBD.

John Stones revival should inspire Maguire and England
40 mins ago