With the dust now settling following Collin Morikawa’s marvellous victory in the final major of the year – the Open Championship – the PGA Tour pitches up in Minnesota for the 3M Open.

The 3M Open is a relatively new event and this will be the third edition.

The Arnold Palmer designed, TPC Three Cities, opened in 2000 and in addition to the first two renewals of this event, it was also the host course for the 3M Championship on the Champions Tour between 2001 and 2018.

Prior to the inaugural event in 2019, it was said of the course that “the former sod farm had been transformed into a rolling landscape featuring 27 bodies of water, restoring several natural wetlands while framing holes with stands of mature oak and spruce trees.” 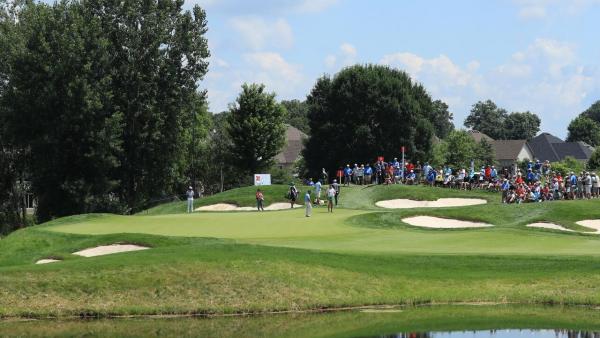 Kenny Perry won three of the last five editions of the 3M Championship, winning the final edition after shooting 60 in round two. David Frost won the 2010 edition by seven strokes with a 25-under-par total and three of the last five winners amassed a winning score of at least 20-under-par. And Champions Tour events are staged over just three rounds!

Since Perry’s final win here, and prior to the inaugural staging of this event, the course was altered somewhat with Minnesota native, Tom Lehman, who also helped with the initial design, was brought in to oversee a toughening up of the track. Mature trees were planted, fairways were narrowed slightly, new tees were constructed and the course was lengthened by 354 yards in total. It certainly made a bit of difference although the eventual winner, Matthew Wolff, still got to 21-under-par.

Further changes were made prior to last year’s edition. Fairways were narrowed on five holes, including the par five 18th, and bunkers on 10 holes were reworked but it made very little difference to the scoring and Michael Thompson won last year’s edition with a 19-under-par total.

The average sized Bentgrass greens will be set at 12.5 on the stimpmeter, which is exactly the same as the first two renewals.

Live on Sky Sports all four days, starting at 20:00 on Thursday.

What Will it Take to Win the 3M Open?

We’ve only had two renewals so we probably shouldn’t get too hung up on the stats but it looks like accurate approach play is the key to playing well here.

The first two winners only ranked 36th and 46th for Driving Distance and last year’s runner-up, Adam Long, only ranked 60th so although fairly-big hitters occupied the first three places two years ago (Matthew Wolff, Bryson DeChambeau and Collin Morikawa), Tony Finau was the only bomber inside the top-11 places last year and length off the tee certainly doesn’t appear vital.

Nobody inside the top-six two years ago ranked any better than 22nd for Driving Accuracy and the first and second ranked 22nd and 29th last year so arrow-straight driving isn’t essential either, but the two winners have ranked sixth and third for Greens In Regulation, second and fourth for Strokes Gained Approach and first and 17th for Strokes Gained Tee-to-Green.

When Wolff won ranking second for Strokes Gained Tee-to-Green, Morikawa finished tied second ranking first for that stat and at last year’s renewal five of the top-seven in that category finished inside the top-11 places.

Thompson putted superbly last year, leading the field for Strokes Gained Putting for the first time in more than three years but Wolff only ranked 39th for STGP in 2019. He won because he gave himself so many chances.

After the first renewal of this event, and last year’s edition of another new event , the Rocket Mortgage Classic, it looked like the two correlated brilliantly.

The 2020 Rocket Mortgage Classic, played at Detroit Golf Club, was won by DeChambeau, who managed to catch and pass third round leader, Wolff (who had finished first and second here in 2019). In addition to those two, Canada’s Adam Hadwin was fourth in Detroit last year, as well as fourth in this event two years ago and Troy Merritt finished tied for eighth. He was tied seventh here two years ago.

I’m not convinced it’s as strong a correlation as it first appeared but a few players boosted the link three weeks ago. Alex Noren, Max Homa, Cameron Tringale and Richy Werenski finished tied for third here last year and they all contended in Detroit three weeks ago, as did Troy Merritt again.

Noren finished tied for fourth at the Rocket Mortgage, Homa finished tied for 25th but sat third and one off the lead at halfway, Werenski finished alongside having sat only two adrift at halfway and Tringale finished well in Detroit to finished tied for 14th. Merritt eventually lost a protracted playoff to Cam Davies who had finished 12th here last year after a run of four missed cuts.

Swerve the Open contenders and get with the Bubble Boys

All of a sudden, the FedEx Cup Series is looming and everyone’s jockeying for position ahead of the opening event – The Northern Trust – in less than a month’s time. Only the top-125 on the Fed-Ex Cup standings make it to the event and are guaranteed to keep their full playing privileges so anyone in and around the 125 mark may well play better than they have for some time.

Conversely, those that contended in last week’s Open Championship in England could well be jaded and they might struggle to lift themselves for what’s just a run of the mill event. Especially if they’ve already secured enough Fed-Ex Cup points to guarantee a place in the playoffs.

For the third week in-a-row, if we disregard the Open, the PGA Tour is taking in a low scoring tournament on bentgrass greens so form at the aforementioned Rocket Mortgage and/or any of the last two events – the John Deere Classic and the Barbasol Championship – is well worth consideration and I’d favour an outsider that’s been creeping into form in the States over the last few weeks over one of the bigger names returning from Blighty.

The first two winners of this tournament have both been huge outsiders and a third cannot be ruled out.

We witnessed all sorts of shenanigans at TPC Three Cities in 2019, with three players trading at odds-on, and it’s testimony to Thompson’s ice-cool finish last year that we didn’t see far more drama in the second renewal. 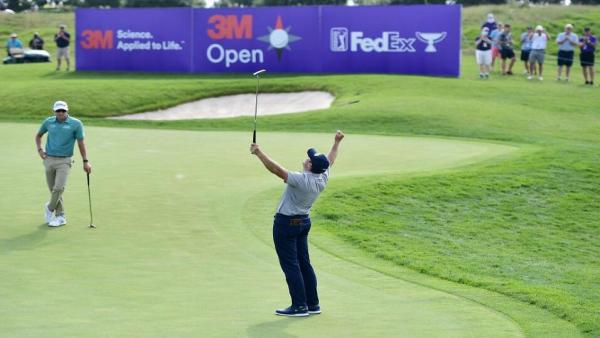 At one stage there were 22 players within four of the lead on Sunday and the eventual second, pre-event 1000.0 shot, Adam Long, managed to tie for the lead when posting 17-under-par, having made the cut on the number and having sat tied for 51st at halfway.

This is an ideal course set up for late drama and it should be a fantastic event for trading on a Sunday. Although the first two winners have been leading with a round to go, it’s clearly somewhere you can come with a late rattle.

Dustin Johnson heads the market after a decent performance at Royal St George’s that was spoilt by a poor third round. DJ ended the week in eighth place, despite shooting 73 on Saturday to play his way out of contention. He withdrew from this tournament on debut last year after an opening 78.

Louis Oosthuizen is hard to fancy at less than 20.019/1 given he needs to overcome the disappointment of his finish at the Open where he slipped from first to third on Sunday with a lacklustre final round 71. He’s making his debut in the event this week and he’s yet to win on American soil.

Tony Finau finished 23rd in 2019 and third last year so we know he likes the track and his 15th place finish in the Open was an encouraging effort given he’d missed his last two cuts but he’s always easy to leave out given he’s still in search of his second PGA Tour victory, more than five years after his first.

I’ll be back with a few more selections in the Find Me a 100 Winner column but for now my only selections are Bubba Watson and Patton Kizzire.

Bubba was forced to miss the Open Championship after having direct exposure to COVID – 19 but that may turn out to be a plus.

He shot rounds of 67-74 when missing the cut last year on debut so he has shot at least one solid round here and his current form figures, reading 50-19-6 are better than they look.

He was in contention at halfway at the US Open before he finished 50th, he was matched at just 1.528/15 in-running before a late collapse at the Travelers Championship and he rallied brilliantly last time out at the aforementioned Rocket Mortgage Classic to finish sixth, having sat tied for 63rd at halfway. That slow start was perfectly understandable after his collapse at the Travelers and he may just be able to string four rounds together this week.

Kizzire is an incredibly inconsistent performer, as his 25th place finish at the Rocket Mortgage Classic in his penultimate start demonstrated perfectly. On that occasion he shot rounds of 68, 72, 73 and 64 but given he followed that effort up with an 11th in the John Deere Classic and that he’ll be well-rested after a week off, I was more than happy to take 80.079/1.

He hasn’t set the world alight in either of the first two editions of the event, finishing 34th and 46th but there’s no reason to think the place doesn’t suit him and I thought he was fractionally over-priced again for a two-time PGA Tour winner that’s been showing some form.

I’ll be back later today or tomorrow with the Cazoo Open preview.

Yankees vs Rays Odds, Picks, and Probable Pitchers
34 mins ago