Although it’s barely the middle of November, the weekend just gone is often as significant as any in establishing credentials for Cheltenham in March. With a three-day meeting there, plus a two-day fixture at Punchestown, there are so many potential stars on show.

Close scrutiny of the action will surely be rewarded in four months’ time.

For starters, the first Grade 1 of the new season, the Morgiana Hurdle at Punchestown, could well have a bearing on the Champion Hurdle, given that it was contested by two of the front four in the market for hurdling’s crown. However, as a piece of form it was maddeningly inconclusive, with both positives and negatives to be drawn from the performances of both Saint Roi and the winner Abacadabras.

With space at a premium two out, Saint Roi got boxed in and allowed his rivals first run, Abacadabras moving into a seemingly decisive lead at the last only to do the bare minimum in front and just last home. That the unfancied Coeur Sublime was the last on the bridle and that Jason The Militant was right behind the two principals in a tight finish tells us plenty about the form.

A truly-run race will see both Saint Roi and Abacadabras in a better light, and both have strong Festival form to their name, the former bolting up in the County Hurdle, while the latter was possibly unfortunate in going down narrowly to Shishkin in the Supreme.

Asterion set to go right to the top

The cause of Abacadabras’ misfortune in the Supreme, Asterion Forlonge, made a impressive winning start over fences at Punchestown, at 11/4-on in a beginners chase in which the overall standard of jumping behind him left a lot to be desired. His own jumping was good for a long way, just three minor errors in the latter stages, and he once again tanked through the race, showing the sort of raw ability that had seen him sent off favourite at Cheltenham.

However, the big concern with Asterion Forlonge remains his habit of jumping right. He got away with it through markedly superior ability in winning at Naas and Leopardstown over hurdles last winter, but it was his undoing in the heat of a Cheltenham Grade 1 and whether he can overcome it over fences is open to doubt.

It is worth noting that his chasing debut came over an extended 19 furlongs, his first run beyond two miles, and it may be the Golden Miller would be a better target than the Arkle, the longer-distance race on the more galloping New Course, giving him more time to get into a rhythm. There’s no doubt that Asterion Forlonge is potentially a top-class novice chaser, hopefully able to show it going left as well as right.

Asterion Forlonge was just one of a host of potential star novice chasers out over the weekend, with three significant contests at Cheltenham worth close inspection. Protektorat and The Big Breakaway looked exciting prospects in winning on their second and first chasing starts respectively. Protektorat looks to have really come of age for a switch to fences and a change to front-running tactics, coping well with a step up in trip and jumping his rivals silly. The Dipper on New Year’s day and the Golden Miller may well be the route for him to go.

The Big Breakaway came with a big reputation and a price tag to match, but he did everything right, albeit in a novice that was run at a steady-ish gallop and where the three previous winners in the field of five all failed to fire. Still, The Big Breakaway, who was over three miles for the first time and is to the fore in the market for the former RSA Chase, falls into the ‘could-be-anything’ category and his next appearance is awaited with eager anticipation.

Gumball an Arkle prospect despite crashing out

Robbie Power’s measured approach to the tricky second-last fence on The Big Breakaway was exemplary, in contrast to Richard Johnson’s on the exuberant Gumball in the Grade 2 novice over two miles. 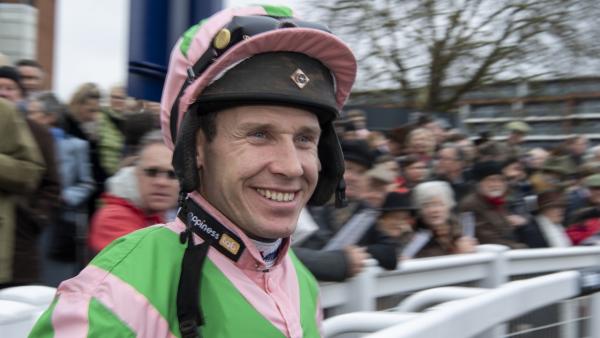 Gumball had the race at his mercy after jumping for fun against rivals who just couldn’t match him for speed or accuracy, but he was asked for another bold jump with disastrous results.

Thankfully, Gumball appeared fine afterwards and, if there was an Arkle winner on display in this race, then it was him, rather than the fortunate Eldorado Allen. The awaited chasing debut of the Supreme winner Shishkin and any concrete plans for Envoi Allen, who is prominent in the market for just about every contest at the Cheltenham Festival bar the best dressed lady, will clarify the picture, but Gumball looks a bigger price than he should be for the Arkle at this stage.

Last season’s winner of that race, Put The Kettle On, went on to win the Arkle and added a third Cheltenham victory from three visits when landing the Shloer Chase on Sunday, overhauling the front-running Duc des Genievres late on. Both may well be back for the Champion Chase in March, but it’s the runner-up, the 2019 Arkle winner, who makes more appeal as a potential winner.

Having his first run for Paul Nicholls, after leaving Willie Mullins, Duc des Genievres tried to emulate so many of the chasing winners over the three days, going off in front and staying there. However, even though the course was helpful to such tactics, Duc des Genievres went a little faster than ideal and his lack of an outing told late on. 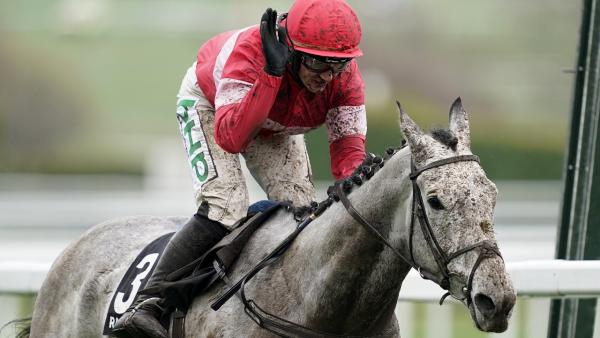 Nicholls suddenly has an abundance of two-mile chase talent, to go with the reigning Champion Chase winner Politologue, with two high-quality handicap winners, Greaneteen, who won the Haldon Gold Cup at Exeter under a very confident ride, and Magic Saint, who defied topweight at Cheltenham on the first day of the fixture, in addition to Duc des Genievres. With Altior at the latter end of his career and Chacun Pour Soi seeming fragile there is room at the top, perhaps Duc de Genievres the one to make the step up.

Next weekend, the staying chasers take centre stage, with the Grade 1 Betfair Chase at Haydock the focus of attention, an early clue to the state of play amongst the Gold Cup contenders.