All Sunday’s Group A tips in one place

Sunday’s big game is the Group A decider between Italy and Wales. The Italians have been ultra-impressive so far at Euro 2020 and just need to avoid defeat against Wales to top the group, but Gareth Bale and co were impressive themselves in beating Turkey last time so we’re all set for a cracker, with Dave Farrar expecting the Azzurri to get the job done.

Dave says: “This is the first time that Italy and Wales have met at a major tournament, and I favour Italy to make it three wins out of three in the Group and march into the last 16.

“The last three times they have played Wales in Italy they have won by an aggregate score of 11-0, and while that isn’t a recent representative sample, it does lead me towards the same bet that I recommended in the Italy v Switzerland game, namely for Italy to win, conceding a goal on the Asian Handicap.

“We have the insurance of our money back should Italy win by a single goal, and I can’t see Wales getting the point that they need to guarantee qualification, although I suspect that the four that they already have will be enough for them to qualify.”

It’s last chance saloon for both Switzerland and Italy when they meet in their third Group A game on Sunday says Dave Farrar, who is expecting plenty of goals.

Turkey must win to have a slim hope of qualifying to the Round of 16 as one of the four best third-placed teams, though you sense they’ll need lots of goals given they start the match with a minus five goal difference. Switzerland could grab second with a win, but they are still likely to qualify if they finish third in the table on four points.

Dave says: “The feeling that Turkey may at last produce a display which is worthy of the name puts me off supporting what is a fairly average Swiss side, and instead points me towards there being goals in this game.

“Over 3.5 Goals is trading at 2.89/5, and given the fact that both sides have to win and that, prior to this tournament, three of Turkey’s last five competitive games had gone Over 4.5 Goals, plus the fact Switzerland have also been involved in some lively affairs, then there is some juice in that price.“

Away from the main previews Alex Keble gives his tactical verdict ahead of four of the third round group games, including that top of the table clash in Group A between Italy and Wales.

Alex says: “Roberto Mancini will most likely make a few changes on Sunday in order to keep his players fresh for the latter rounds, particularly given how much energy they have expended in an impressively fast-paced start to the tournament. Even minor squad rotation should slow their rhythms down, meaning Wales are less likely to be penned in like Italy’s other opponents have been. 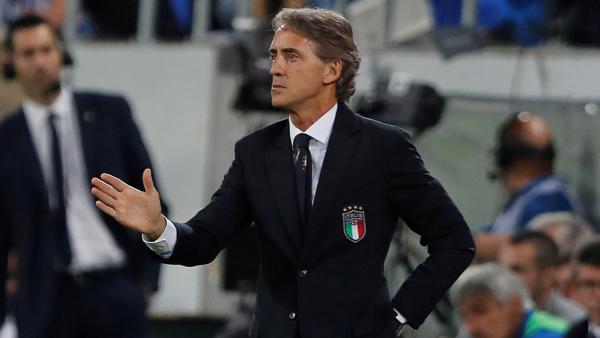 “If Joe Rodon and Joe Allen can evade Italy’s initial press after they lose the ball there will be plenty of space behind Italy’s high defensive line; Mancini’s side haven’t really been tested yet and their expansive approach could prove a little fragile against a confident Wales. Certainly in Gareth Bale and Aaron Ramsey, who combined superbly against Turkey, the Welsh have the talent to break beyond the back line.

“Daniel James will also be a crucial player from the right. Italy have been attacking with lopsided full-back as right-back Giovanni Lorenzo forms a back three and left-back Leonardo Spinazzola overlaps, and so James may well find open patches of grass to sprint into. There is a decent chance of an upset in Rome.”

Don’t forget to check out our dedicated Euro 2020 page on Betting.Betfair where along with individual match previews you’ll find the latest Daily Euro Report, tips, analysis and the latest news stories.