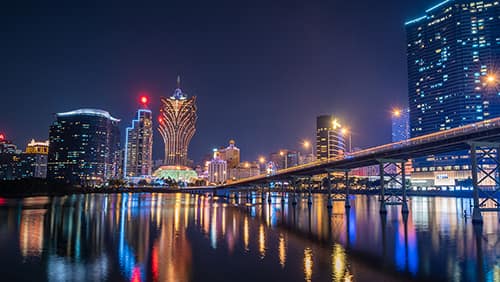 Mixed messages are coming out of Macau regarding the concession tender process expected to be held in 2022. On the one hand, there are industry insiders, including former government officials, who believe that it will be virtually impossible for the issue of casino license approvals to be discussed that year. On the other, the government is confident that there won’t be any need to delay the issuance of concessions. Analysts from Macquarie Capital have spoken up on the subject and hints at the possibility of an extension coming so the topic can be addressed at another time.

In an updated published this past Wednesday, Macquarie analysts Edward Engel, Chad Benyon, Jordan Bender and Aaron Lee asserted that a public tender in 2022 might simply roll over the existing concessions or, if that doesn’t happen, an extension could be given. They explained, “With Macau officials focused on the pandemic and economic recovery, odds are increasing that current gaming licences are extended beyond 2022,” adding, “Policymakers are managing a tight timeline, where Macau’s Chief Executive has committed to passing the revised gaming law in [by] fourth-quarter 2021. This would leave just circa six months for licence retendering, offering little room for error.”

Should the existing concessions be renewed with only minimal discussion, the licensees would probably enjoy almost an identical structure to what they see now, but with 10-year instead of 20-year concessions. This is primarily due to the ongoing, and deteriorating, poor relationship between the US and China, which is now tenuous at best. Rumors that Macau might begin to switch from the Hong Kong dollar to the new Chinese digital yuan at its casinos add speculation that changes might be coming, even though Macau’s gaming regulator has denied those rumors.

If the concessions aren’t automatically renewed in 2022, then an extension of two to three years would most likely be the only other alternative. That is seen as the most likely option, given the fact that the new gaming laws will probably not be ready until the end of next year. These would need to be reviewed and discussed by everyone involved before the concessions could be discussed, and the window of opportunity on those discussions is rapidly getting smaller.

Macau’s government and its gaming regulators are in a great position and are essentially holding all the cards. The city’s gambling laws specify that tenders have a maximum shelf life of 20 years, plus one five-year extension. After that, the only option is a completely new tender process, which essentially means that an existing operator could be denied a license unless it’s willing to agree to any changes the government wants to make. Macquarie’s analysts emphasized this power in their update, explaining, “Renewing licences after a full GGR [gross gaming revenue] recovery would offer policymakers more bargaining power (specifically over non-gaming capital expenditure).”