Apple Hit with Lawsuit over Loot Boxes in App Store 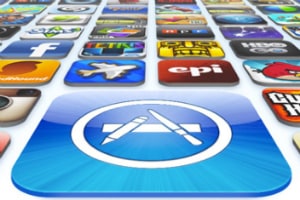 Apple is being sued in California for allowing developers to market apps and games with loot boxes, a special mechanism that enables players to make in-app purchases that present them with random digital rewards, the Apple Insider reports.

On Friday, named plaintiff Rebecca Taylor filed a complaint with the US District Court for the Northern District of California, claiming that her son spent at least $25 in iTunes gift cards and cash on loot boxes for Supercell hit title Brawl Stars.

However, the complaint does not mention the fact that Apple’s App Store has features that restrict minors from making digital purchases without a parent’s permission.

In games, a loot box or loot crate is a special mechanism that is characterized by in-app purchases and that offers players a randomized selection of virtual items. The in-game rewards could include boosts, costumes, skins, weapons, and other special items. Players can also randomly receive premium items.

Many associate the mechanic with gambling as real money is spent on obtaining loot boxes and the goods they include, which has made it one of the most controversial elements in video games in recent years.

Apple is being targeted in the complaint because “a large percentage of Apple’s revenues from App Store games come from the in-game purchases” of loot boxes.

The recently filed complaint reads that “not unlike Big Tobacco’s Joe Camel advertising campaign, Apple relies on creating addictive behaviors in kids to generate huge profits for the Company.”

The complaint goes on that Apple’s App Store has “brought billions of dollars, even though the vast majority of the games are free to download” and that much of that money was generated from kids.

Aside from Brawl Stars, other games mentioned in the complaint include Mario Kart Tour, FIFA Soccer, and Roblox.

Apple is also being slammed for not explicitly mentioning the inclusion of loot boxes in App Store descriptions and for letting developers age rate their own games and apps.

Complainants claim that loot boxes constitute gambling and are therefore breaching California law. They seek class status of their lawsuit, restitution and disgorgement of the revenues that Apple has allegedly retained wrongfully as a result of its conduct, an injunction against future violations, and court fees.

The recently filed complaint was the latest development in the years-long debate over the nature of loot boxes and whether they constitute gambling. Last year, US Senator Josh Hawley filed the Protecting Children from Abusive Games bill that called for a ban on “pay-to-win microtransactions and sales of loot boxes in minor-oriented games.”

The legislation has not gained much traction since its introduction.

Across the pond, the UK Department for Digital, Culture, Media, and Sport launched earlier this month a call for evidence on loot boxes. The move could result in the controversial mechanism being classed as gambling and in an overhaul of how it is regulated.

Juventus vs AC Milan, Spezia vs Torino & More
8 mins ago