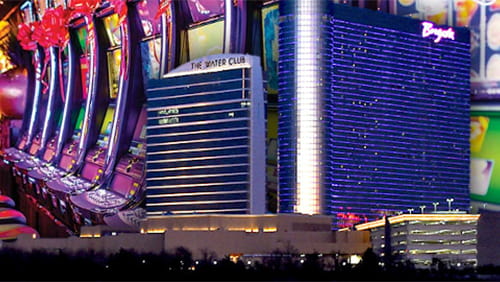 Atlantic City casino gambling revenue suffered only a modest year-on-year dip in October, although the prospect of a return to double-digit declines looms large.

October’s picture was far less grim after you add the $118m generated by the casinos’ online gambling and sports betting operations. Thanks to those contributions, October’s result was up 14.2% to $304.1m, although the year-to-date figure remains down 22.7% at $2.11b.

AC’s casino decline could accelerate in the coming months after New Jersey Gov. Phil Murphy issued an order last Monday that prohibited indoor dining at all bars and restaurants after 10pm. The order took effect on Thursday.

Murphy said this ‘surgical step’ was required to avoid a second widespread lockdown that the state undertook this spring. Like many other U.S. states, New Jersey has suffered a recent surge in COVID-19 cases.

The new time-based restriction affects not only the food & beverage venues in AC casinos but will also restrict alcohol service on the gaming floors during the period spanning 10pm to 5am. This is intended to protect not only casino guests but also casino wait staff.

On Friday, MGM Resorts’ Borgata casino informed 73 staff that their jobs were being permanently eliminated, while an another 349 staff were told they would face reduced work hours for an undetermined period. The Borgata previously laid off nearly 2,400 jobs as a result of the pandemic, equal to about one-quarter of its workforce.

Earlier this month, AC’s casinos had lobbied Murphy to double the existing 25% capacity restriction on their indoor dining venues. The casinos also sought the lifting of the outright ban on large indoor gatherings, which have decimated the casinos’ conventions and trade show business. Suffice it to say, those ambitions will remain unrealized for the foreseeable future.

BYU vs Utah State Odds and Picks
30 mins ago