The general consensus – among the Football…Only Bettor podcast team, Betfair Ambassador Dimitar Berbatov and others – is that we shouldn’t expect to see a high-scoring Champions League final at Estádio do Dragão on Saturday night.

Both Chelsea and Manchester City have conceded just four goals in this season’s UEFA Champions League – a remarkable record – so we can expect the defences to be on top.

New Betfair Ambassador Glenn Hoddle emphasised in his first column for this site that the first goal will be crucial. Chelsea are excellent at taking a 1-0 lead and holding on to it, as they showed when beating City in the FA Cup semi-final in April.

But we saw in Chelsea’s subsequent FA Cup final defeat to Leicester – and in recent league defeats to Arsenal and Aston Villa – that they’re not good at chasing a game if they go a goal down. 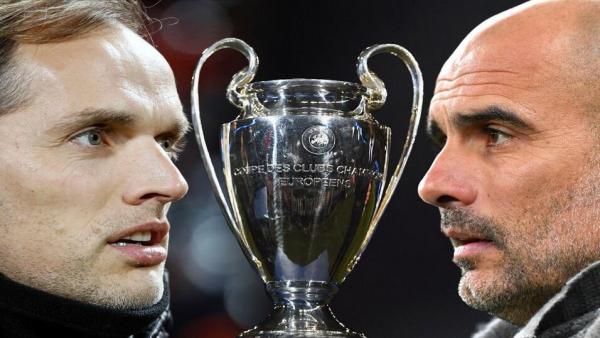 I anticipate a cagey start, similar to the FA Cup semi-final between Man City and Chelsea, and for that reason I am happy to take 0-0 as the half-time score.

This is the third year running a team will play in the Champions League final for the first time. Tottenham in 2019 and PSG in 2020 both lost and it may be that Guardiola’s City, like Klopp’s Liverpool in 2018, have to lose a final before they can win one. But neither Spurs nor PSG went into the final as favourites, as City do on Saturday.

Tuchel, of course, was at the helm for PSG when they lost 1-0 to Bayern Munich last August so he has fresh Champions League final experience. Guardiola, meanwhile is looking to win this competition for the third time, having won it in 2009 and 2011 with Barcelona. He would become only the third manager to win the title three times, along with Carlo Ancelotti and Zinedine Zidane.

I expect Guardiola to join that illustrious company and don’t buy into the theory that Tuchel knows how to beat him – at least not to the point that it will happen every time. Guardiola will have learned plenty from that FA Cup semi-final defeat to Chelsea, and to a lesser degree from the 2-1 Premier League loss at the Etihad, and he will come prepared on Saturday.

He will have watched Leicester overcome Chelsea and seen that Tuchel’s men are not unbeatable. That result took away some of the new Chelsea’s aura and showed that they are by no means the finished article.

It’s City’s year and, in the second-half, I’m backing them to overcome Chelsea and win this competition for the first time.