Back promising Progressive at Cheltenham on Thursday

There is a lot of guesswork involved at this time of the season and that is certainly true of Thursday’s card at Newmarket. And especially so for a race like the Craven at 15:35.

And don’t get me started on the Wood Ditton at 14:25. Quite how a race for three-year-old newcomers regularly keeps its place on terrestrial TV, while there is a competitive 12-runner 1m handicap placed at the end of the card, is anyone’s guess.

We are in the betting business and a contest full of debutants surely doesn’t cut it for any serious punter.

Anyway, back to the Craven. Unless we get a scintillating performance, I don’t think we will be seeing a Guineas winner here, but the problem is it could be from any of the 10-strong field if we do.

We are dealing with unexposed, well-bred horses and, while Superlative Stakes winner Master Of The Seas and Dewhurst fourth Devilwala set the standard on form and on the clock, neither has a totally convincing profile and it isn’t hard to see at least one of the lurkers improving past them.

The one that interests me most is Royal Air Force, who looked potentially smart when winning at Yarmouth in a fair time last season.

But, then again, it was a three-runner race and the runner-up is rated just 69 after being beaten in his next three starts (the third got chinned on his following five outings, too), so you can hardly stick him up here as a bet.

One to watch, as they say.

Those who like them short will be tempted by Oxted at around 4/5 on the Exchange in the Abernant Stakes at 15:00. 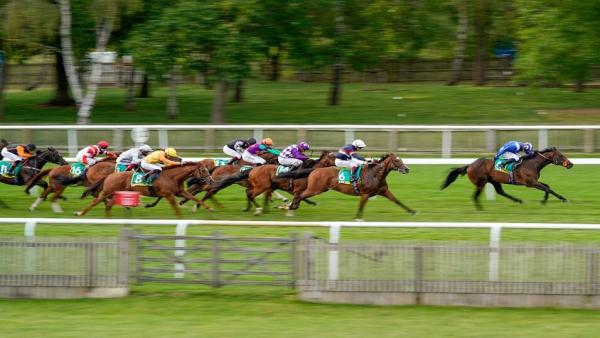 He came to big-time prominence when winning this race last year and went on to record his Group 1 July Cup success next time up, and quite clearly he will take the world of whacking on the Newmarket form.

But he wouldn’t have to be that far off his game on his runs either side of that victory to give some these in-form and race-fit rivals – chief among them is 6/1 Summerghand – a sniff, and the last time we saw him he was well beaten on the dirt in Saudi Arabia in February.

And there will be a bit of competition for the lead here, too.

Roger Teal does have his horses in fair nick, but I’d say there will be better odds-on pokes sooner rather than later if that is your bag.

The only potential betting race on ITV for me then was the 6f handicap at 13:50 but it is not my style to force a bet for the sake of it and that is what I would be doing here if I put one up.

The three-year-old handicaps are notoriously difficult at this time of year, and six of the nine make their seasonal debuts, making life harder still.

The closest I came to a bet was Significantly, who didn’t shape too badly behind Rohaan on his first start since October last month, and who doesn’t look badly handicapped off a mark of 91.

He is tactically versatile (made all at Newcastle and some of his best earlier efforts have been held) and Karl Burke has notched up five winners this month.

There are negatives – there always are – and he is unproven on ground this quick (4mm was put down on Tuesday night), there is a suspicion he is better at 5f (for all he won over 6f at Newcastle) and if he misses the kick like he has done on a few occasions he could be a world of pain from stall one here (plenty of pace in two and three).

I was tempted at double-figure odds, but off to Cheltenham, where ITV show a couple of contests, for a bet. 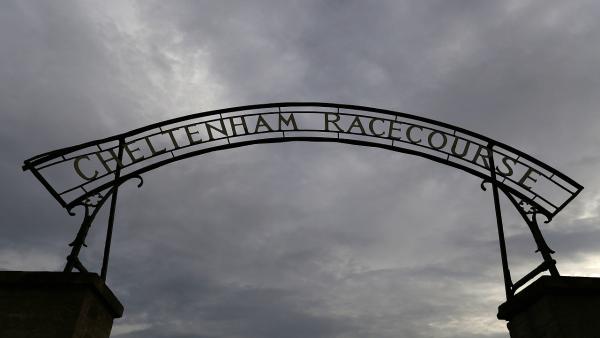 Given the BHA site reports that the course has put down 75mm from March 29th to April 9th, it will be interesting to see and hear how the ground rides on Wednesday.

Hopefully, they haven’t overdone it, as decent, quickish ground is surely the key to Progressive fulfilling her promise in the 14:05.

Given the way that the Irish have been mopping up here though, and Betfair Ambassador Joseph O’Brien sends over Scholastic, it will need to be.

Her best form on the Flat came on good to firm ground and, although her hurdling debut success at Doncaster came on heavy (the runner-up won last time, for what it is worth, beating today’s opponent Table Mountain – more about him in a bit), I am expecting her to improve for this better surface.

Her dam and her very smart half-brother Certificate all showed their best on fast ground.

And she undoubtedly put up her best effort yet when second at Musselburgh last time on good to soft.

Okay, you can’t say she is obviously well handicapped, as she races off the same mark here as when beaten 6 1/2 lengths last time, but the winner is an improver and I thought she stuck on in a manner which suggested this stiffer track will suit.

Perhaps not surprisingly for a Nathaniel mare whose four starts on the level were between 1m2f and 1m4f.

Prices were slow to appear for this race on Wednesday – and the right price was obviously key to my getting involved – and I soon found out why, as ITV changed their schedule.

Progressive did look a little awkward, and not entirely straightforward, at Musselburgh though, so I was slightly disappointed to see her put in at 11/2.

I was looking for a touch bigger price about her, especially if Cheltenham put down some more water on Wednesday evening (hopefully, unlikely), so I gave her a reluctant swerve.

Headgear could be key to improvement for Symonds horse

So I am going solely with Table Mountain in the same race, though the stable form was initially a touch off-putting.

The form of the Tom Symonds yard has undoubtedly taken a dip since David Dennis left the operation (and his two runners both pulled up at Aintree) but, if that is not an issue for the horse here, then she is surely a potential blot and plot off on her hurdles handicap debut off a mark of 106 on her Flat form for Andrew Balding.

She was rated 91 on the level after dotting up in an Ascot handicap on fast ground last July, and even her hurdling mark looks fair enough on her Kempton third in January and her Doncaster second last time.

In the final analysis, it was the first-time cheek-pieces sent me towards a bet (even though the stable is only 2 from 16 since 2016).

She has looked as though she could do with some help on that front in this sphere, not least at Donny last time (hit 1.57 in running) and both her sire Phoenix Reach (won Grade 1s in a visor and blinkers) and her dam (won twice in cheek pieces) improved for headgear. This better ground looks ideal, too.

She is worth an each-way punt at 11/2 – you may well get bigger but I’d make her a bet at 5s or bigger – for all the pesky Irish raider looms large in your thoughts.

Scholastic was raised 6lb after her Grade 2 third last week and the UK handicapper has very generously allowed her to race off her home mark here, so as a result she is a massive danger at around 5/2.

I just wonder if the assessor here missed that recent run.

Something for Nicholls to cheer?

Talking of the Irish, Betfair Ambassador Paul Nicholls, to put it mildly, has not enjoyed the best of fortunes with the former Willie Mullins horses he got from owners Potensis at the start of the season – Stormy Ireland returning to Closutton to win a Grade 2 recently was the ultimate kick in the cojones – but Eglantine Du Seuil could provide some cheer.

The 2019 Festival winner showed some of her best form for Mullins on good/good soft ground, and she is surely in winning territory now that her mark has dropped to 140.

That is 3lb lower than when a fair 11th in the Martin Pipe here last time and she has run to a decent level on all four course starts.

She is also 3lb lower than when second here four starts ago (hit 1.331/3 in running), and Bryan Carver takes the same weight off, too.

Here is hoping that the mare can give Nicholls a change of fortunes, and I give her a fighting chance. She was going to be an each-way bet at 17/2, four places, with the Betfair Sportsbook, until that was clipped into 6s at 3pm. Look out after 5pm as they may revert back to the bigger price, and maybe push Table Mountain out, too.

Best of luck. I could do with a change of fortune myself.