Back to lockdown: Manila casino reopening pushed further down the road 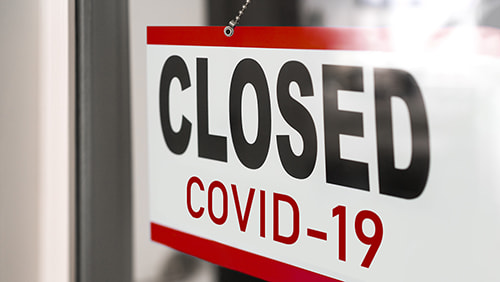 The Manila casino industry is going to have to wait at least two weeks, and probably a lot longer, before it has any hope of reopening. President Rodrigo Duterte, bending to spiking Covid-19 infections and rising calls from the public, has shifted the Metro Manila area from its General Community Quarantine (GCQ) to a Modified Enhanced Community Quarantine (MECQ), effectively shutting down most non-essential services once again.

As we covered last week, the President’s office had teased that if the Philippines crossed the 85,000 mark for total infections by the end of August, quarantine restrictions would have to be bolstered. The country then blew past that number, nearing 100,000 infections by the time of Duterte’s Sunday decision, and since passing it.

The decision was made with as much suspense as possible. After the country passed the magic 85 thousand number, it was not clear exactly what would be done about it, and a sudden declaration that over 38,000 patients had been declared recovered, with no testing to prove if they really had recovered, helped to confuse the public further.

This led to a wave of social media protests by the public, lead by nurses and doctors who have been treating Covid-19 patients since March. Those protests factored into the president’s decision, although he was apparently unhappy that he wasn’t told privately. Duterte said:

“I have heard the call of different groups from the medical community for a two-week enhanced community quarantine (ECQ) in Mega Manila. I fully understand why you, health workers, would like to ask for such a timeout. They have been in the frontlines for months and they are exhausted.”

The shift back to MECQ effectively means all mass transit is now prohibited, and only some manufacturing businesses may remain in operation. While in GCQ, some businesses like restaurants were allowed to operate with social distancing imposed, this has now been taken off the table as well, further harming the operations of resorts that were capitalizing on this piece of their business.

The MECQ is currently scheduled to last between August 4 and August 18. Assuming it goes perfectly and new infections decrease from the current rate of roughly 5,000 per day, Metro Manila would likely shift back to a GCQ for a period of 2 weeks before another assessment is made. That puts a potential reopening of casino facilities at least a month away, but in all likelihood the actual date when gamblers will start coming back in the doors is much further off.