Back Wilson now and hope for upsets 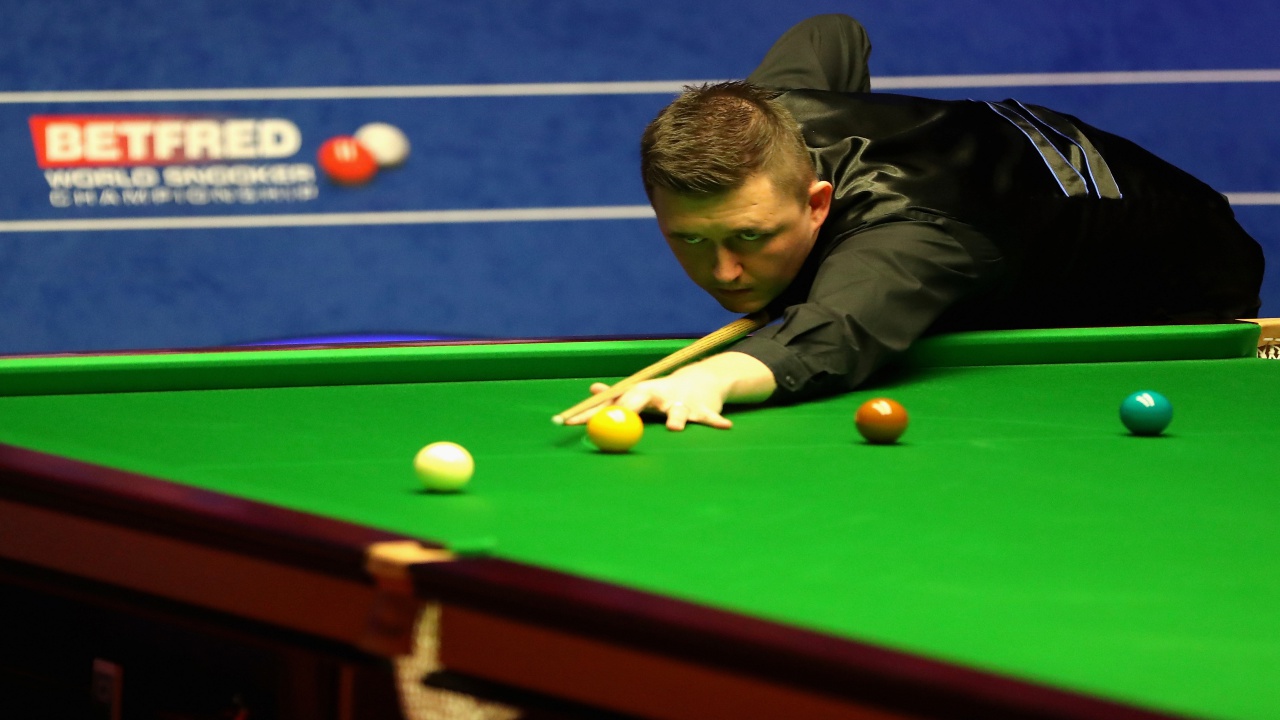 There is absolutely nothing in snooker like the marathon of a World Championship. Matches two or three times longer than the norm, spread over 17 days. A true test of mental and physical stamina. Players have been on their feet by the quarter-final stages.

Yet another unique aspect of a unique renewal is that, for one man, the tournament cannot last more than nine days. Thanks to a walkover in the first round, Kyren Wilson doesn’t even start his campaign until Saturday. Surely a meaningful advantage?

The reason I mention Kyren now, rather than waiting to review that match with Martin Gould, is that there’s a reasonable chance that his odds will fall significantly before he even pots a ball.

Higgins in trouble against Maflin

Three of the game’s biggest names are in action today and none are sure to survive. First and foremost, John Higgins trails Kurt Maflin 5-3. If he loses, a non-seed is guaranteed in the semis, up against the winner of Wilson’s quarter.

That would mean of four matches needed for Wilson to win the world title, two would be against non-seeds. He’s a [1.5] chance to beat Gould and would be even shorter over best of 33 against Maflin, Anthony McGill or Jamie Clarke. He’d probably be a slight favourite over Higgins, too.

Trump is beatable on recent evidence

The snag is likely quarter-final opponent Judd Trump. The defending champion starts out against Yan Bingtao today. He’s expected to advance but no certainty. Bingtao is a superb prospect and Judd was far from flawless in the first round.

Indeed we haven’t seen Trump’s best since the resumption. Kyren has a good record against him and at the Crucible. I believe this committed character will turn up on Saturday in tip-top shape, ready to chase his dream.

Were Trump to fall behind or lose to Bingtao, Wilson’s odds will crash from [24.0] on the exchange. Take those odds now, hope results go our way in the meantime and, if not, run it. I’ll update in due course.

I’m not tipping Trump to lose but [1.19] makes absolutely no appeal. Tom Ford wasted many chances and a rare opportunity to beat Trump in a major. Bingtao is wiser than his years and quite effective in scrappy frames.

Perhaps it was just opening day nerves, the Crucible Curse on his mind and all that. Nevertheless without significant improvement, I reckon Bingtao can take this into the final session. Evens about Over 20.5 frames appeals – so 13-8 either way wins it.

The third big name starts in the morning. Mark Selby is in the other half of the draw so not very relevant to the above comments about Wilson. He is, nevertheless, vulnerable.

Saengkham well capable of another upset

Regular readers will know I’m a big fan of Noppon Saengkham and have backed him at silly odds for tournaments. The Thai is very capable and methodical. I was sceptical of how he’d cope with Shaun Murphy on this stage but now the Crucible duck is broken, the sky is the limit.

Noppon’s performance was superior to Selby, who didn’t impress in a scrappy affair with Jordan Brown. The Jester hasn’t been himself for a while, notably in the safety department in which he excels. He’s vulnerable to an opponent of this calibre.

[3.75] about Saengkham appeals as a back-to-lay option as does 9/10 about him winning ten frames via the 3.5 Frame Handicap. This kind of strategy has paid dividends with slow starter Selby so many times and this could well be another to go the distance.