It looks almost certainly like being too little too late, but fair play to West Brom for their recent performances in their attempt to avoid relegation.

The Baggies have taken seven points from their last four games – it would have been nine but for a stoppage-time goal conceded at Aston Villa last weekend – and they’ve scored 10 goals in the process, with the 5-2 win at Chelsea and the 3-0 victory over Southampton being achieved with outstanding attacking performances.

Following Brighton’s win over Leeds on Saturday Sam Allardyce’s men are 11 points from safety and trading at 1.021/50 in the Relegation market. You don’t need me to tell you their task is a near impossible one, but while there’s a chance you can be confident that West Brom will give it their all.

A dreadful run of heavy home defeats around the time of Allardyce’s appointment is partly the reason why the Baggies are in deep trouble, but more recently they’ve lost just one of their last five at the Hawthorns, conceding just two goals in that time.

In summary, Albion are a decent-looking side at the moment, in good form and scoring plenty of goals. Crucially, they also know that beating Wolves on Monday night is an absolute must.

The last two times Wolves were in Monday night action I previewed both games, and I said on each occasion that they were basically in no man’s land, no chance of qualifying for Europe, no chance of being relegated. They lost both games, against Liverpool and West Ham.

No shame in those defeats admittedly, and to their credit Nuno Espirito Santo‘s men won their next two outings, though 1-0 wins over both Fulham and Sheffield United are probably the least that was expected of them. 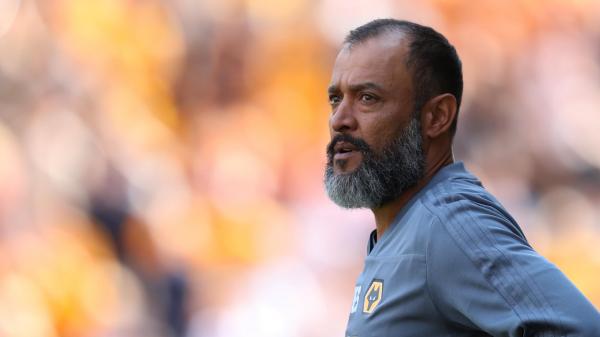 The big worry of course is last week’s 0-4 home thrashing by lowly Burnley. It was a horror show from start to finish from Wolves, and a massive hint that they can’t wait for the season to be over.

Santo will demand a reaction I’m sure, but it’s never easy to just switch back on your focus when you know there’s nothing at stake in a game, and besides all that I’m of the opinion that this Wolves team are much poorer for the absence of their star men Pedro Neto and Raul Jimenez. Though you probably didn’t need me to tell you that!

Wolves are marginal favourites in the Match Odds at 2.89/5 but I’ve said many times in recent years that backing teams with absolutely nothing to play for at the end of a season can be the quickest way to the poor house.

On paper there’s no doubting that Santo’s men are the better outfit, but the reality is that Wolves are missing their two star players, aren’t in great form, and arrive at the Hawthorns on the back of their worst performance of the season.

Okay, this is a Black Country derby, and every player should be up for it, but I just have reservations about whether that will actually be the case in regards to the visitors.

True, the Baggies are almost dead and buried in terms of Premier League survival, and Monday night’s game is without doubt a first drink in the last chance saloon, but I just feel that they’re playing with more freedom and confidence right now, have had some superb performances of late, and perhaps crucially, they have something riding on this game.

The last thing Sam Allardyce‘s men will want is to be effectively relegated in front of their West Midlands rivals.

Overs worth getting on side

I expected a bit of a coin toss market for Over/Under 2.5 Goals given that West Brom have been involved in some high-scoring games of late, whereas Wolves have been struggling in front of goal, so I was pleasantly surprised to see ‘Overs’ available at around 2.35/4. That looks too big.

Since they went on the offensive last month the Baggies’ last four games have witnessed 17 goals, that’s an average of over four per game. Wolves are unlikely to go goal crazy themselves but some of their recent games have finished 4-1, 2-3 and 0-4 so I definitely think we have more than a fighting chance of seeing at least three goals on Monday night in what should be an entertaining derby.