Bailey hoping for Gold this weekend

Kim Bailey doesn’t have too many Cheltenham entries to her name, but her partnership with David Bass has continued to flourish in recent weeks.

With just two entries, a lot is riding on Happygolucky in the Ultima Handicap Chase, but the seven-year-old has previously won over course and distance and currently heads the market at 7.6. 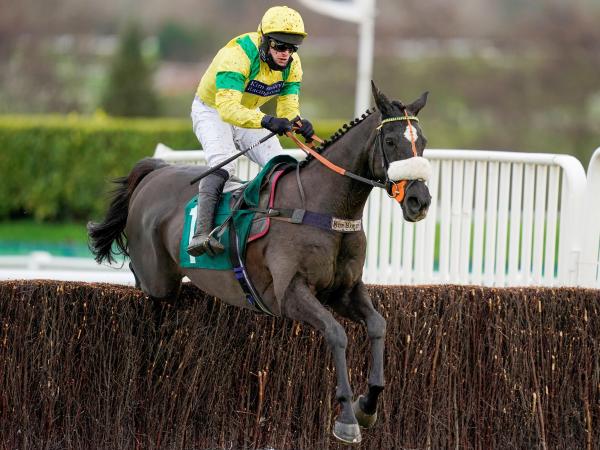 Back to the day-to-day racing, she’s been in fine form, producing six winners from her last 23 runners, three of which have come in the past two weeks, and all of which have had David Bass steering them home.

It’s also safe to say her winners have produced the goods in style, winning by a combined 36 lengths.

Therefore, it may be worth siding with her entry on Saturday over at Kelso Premier Chase 14:40.

Two For Gold is currently fighting it out for favouritism in the six-runner field, having managed to shrug off Venetia Williams’ Aso by a neck in a tremendous finish last time out at Warwick. The two will lock horns once again on Saturday.

David Bass is reunited with Two For Gold this weekend, who both linked up for the eight-year-old’s one and only win over course and distance back in December 2019 – a return to the track is definitely a major plus.

Two For Gold’s form since his 258 day break reads 2-PU-3-1. He struggled over at Newbury in the Ladbrokes Trophy Chase under Ciaran Gatherings, indicating the return to David Bass shows how much Bailey believes in the partnership, and that he will be able to keep Aso at bay for a second time in a row.

There’s a swing in the weights between those two rivals in favour of Aso, but Venetia Williams’ veteran been first past the post since January 2019. The only other course and distance winner in the field, Definitely Red, was travelling well last time at Newcastle before falling four out, and a lot remains to be seen if his confidence remains intact.

Overall, Bailey has had this race in mind for Two For Gold. His preparation has been strong and if producing the same performance as last time out, should take all the beating on Saturday afternoon.