Should Bayern be our favourites?

Of all the Champions League last 16 ties to be mopped up, the re-run of the 2012 final between Bayern Munich and Chelsea is the least appealing. It’s the result of the Bundesliga champions’ superb display in London, with their three-goal lead meaning The Blues need a miracle in Bavaria.

With that in mind, we can feel comfortable in already projecting forward to the Final 8 in Lisbon. Bayern have shot up in the betting since the resumption of football in Europe, sitting as second favourites now behind only Manchester City. The situation of some of the continent’s other big hitters weighs on this – Juventus and especially Barcelona have been unconvincing in recent months, while Paris Saint-Germain have only just resumed competitive play – but Bayern have been irresistible under Hansi Flick, with the manner of their double win far outstripping what they produced domestically last season.

That the Bundesliga finished promptly could also be helpful. Having recovered a formidable rhythm, the players have also had the benefit of a holiday. They’ll need that extra energy, having been placed into the more difficult half of the draw, but it is hard to think of a better prepared contender ahead of the Champions League’s return.

Back Bayern to win the Champions League at [4.8]

Can Real Madrid spring a shock on City?

The first leg at the Bernabéu seems like an age ago and in any reasonable terms, it was. It was more than five months ago that Manchester City gave what was little short of a recital at the home of the most influential club in Champions League history. It felt for many like a changing-of-the-guard moment.

At that point you would have had a hard time selling a Real Madrid comeback, so disjointed and outplayed had they been by Pep Guardiola’s team. Coach Zinedine Zidane is an expert at rolling with the punches, though, and El Real have got pretty much everything right since. Ten successive wins propelled them to La Liga for just the second time since 2012, a run only interrupted by a last day draw at Leganés with the title already sewn up. 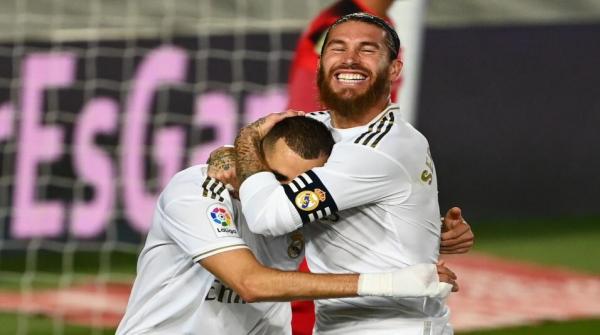 They have built their success on a miserly defence and even though the iconic Sérgio Ramos is banned, they have Karim Benzema in career-best form and both Eden Hazard and Marco Asensio back from injury, neither of whom would have made the originally scheduled return date.

While City have played some typically breathtaking football since the resumption we have little recent impression of them under pressure – they were assured of both losing the title and of making top four all along, so most of their Premier League displays felt like high-spec training sessions. The Spanish champions on the other hand are ready for matches that count, and they will make it tough at the least.

Back Real Madrid to beat Manchester City on the night at [4.4]

It’s been a busy few weeks for Inter, one of the Europa League favourites, with them snaring second place in Serie A before Antonio Conte very publicly unloaded on the club’s directors, bringing his future into some doubt. They face Getafe on neutral ground in Germany this week, with the shutdown meaning the pair’s last 16 never started, and are widely expected to win [1.71]. Although José Bordalás’ side stumbled badly in the season’s home strait, missing European qualification entirely, they are extremely tough to break down and the single game format should help them. 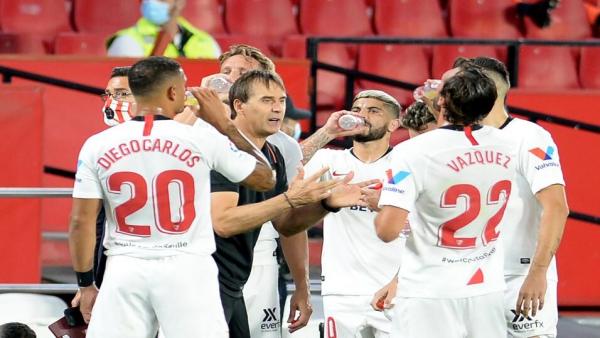 Meanwhile Sevilla – remember, it’s their competition and everyone else is just playing in it – face Roma (also in Germany, and also in just a single game), a big name but a rebuilding team who enjoyed a decent upswing in the final weeks of the Serie A season to secure fifth place, holding off a resurgent Milan. Paulo Fonseca is coaxing some fine form out of Henrikh Mkhitaryan and the successful return of Nicolo Zaniolo is a huge boost.

Still, Julen Lopetegui’s side should be too strong for Roma. You have to go back to February for the Nervión club’s most recent loss – they are unbeaten in 17 matches since – and ability to grind games out suggests they will do well in next season’s Champions League. In the meantime this tournament really is their wheelhouse and the price on them to win is generous given their history in it.

Back Sevilla to win the Europa League at [9.6]