A quartet of Grade 2 races are the highlight of Kempton’s Saturday card and Betfair Ambassador Paul Nicholls has a total of nine runners there.

Paul says: “My best chance on Saturday is Atholl Street. He has made big strides this season and has sound claims in this Grade 2 race.”

Gordon Elliott will saddle six runners at Fairyhouse and here the Betfair Ambassador gives his exclusive views on their chances.

Gordon says: “I was very pleased with Teahupoo’s first start for us when he won a conditions event at this track last month. He looks like he has progressed from that last run which would suggest that he has a future at graded level and I’d like to think he will be closely involved.”

Joseph O’Brien is also concentrating on Fairyhouse on Saturday with six runners and he’s upbeat about their chances.

He says: “High Sparrow loves a slog over a marathon trip and will be well-suited by the test this race presents. This is also the weakest race he has contested for quite a while, so hopefully he will benefit from the drop in class and run a big race.”

Olly Murphy: Lord Of Kerak should go close at Newcastle

Finally in our ambassador quartet this Saturday, Olly Murphy discusses his runners at Newcastle and Kempton… 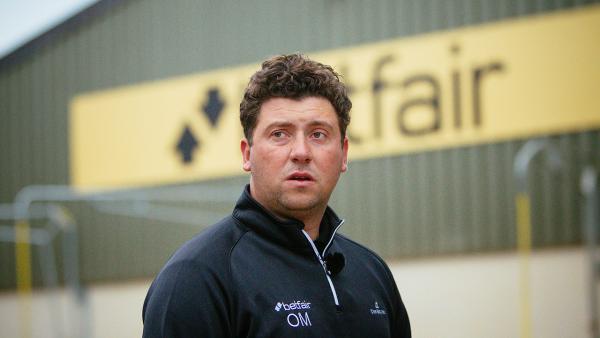 He says: “He reverts back to novice company with a penalty and Fergus Gregory takes 3lbs off his back. He looks well in at the weights and off the best of his form, he should go very close.”

Tony Calvin landed his second big price winner – both advised at 33/1 – in a matter of weeks on Sunday, and our resident tipster returns with his bets for Saturday’s ITV Racing action.

He says: “I’d be inclined to think he still has a big run in him off his revised mark. He is back up to 148 now, but he has run to higher levels in the past.”

Kevin Blake is halfway there as he builds his £50 free bet pot for Cheltenham with Betfair’s Festival promotion and he has two bets at Kempton in his search for another winner.

“While it will take a vast transformation to go from being pulled up just three weeks ago to winning a Grade 2 novice hurdle such as this, the drop back to a fast two miles could well prove to be the key.”

Timeform are also focussing on Kempton as they highlight their three best bets at the Surrey racecourse on Saturday.

They say: “Tritonic is an exciting prospect in this sphere and can land this race before having his sights raised further, the Triumph Hurdle at the Cheltenham Festival an obvious option.”