Paul Nicholls sends some of his stable’s better class runners to Wincanton on Saturday where the Betfair Ambassador has strong claims of landing a few nice prizes.

He says: “My Best chance of the day is Grand Sancy 14:25 Wincanton. He has a first rate chance with trip and ground in his favour.”

We have a mixture of Flat and National Hunt racing on ITV on Saturday, and our top tipster Tony Calvin has added a fresh selection to his ante-post pick in the big handicap at Doncaster.

He says: “The handicapper has played very fair with him for his three Flat starts, raising him just 1lb for three very solid and consistent placed efforts, and two narrow defeats.”

On a big weekend of horse racing in America, Nick Shiambouros previews the second day of action from the Breeders’ Cup at Keeneland. 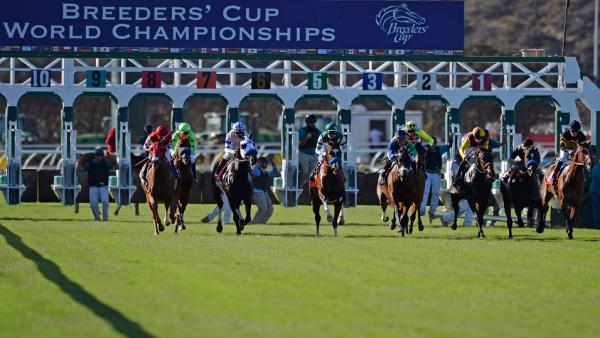 He says: “I think Tiz the Law will bounce back to his best and looks like the horse to beat”

Betfair Ambassador Jospeh O’Brien’s Saturday preview also boasts an international element as he has a strong chance in action at Flemington, Australia. Our man also has promising runners closer to home at Naas.

Like Paul Nicholls our ambassador Olly Murphy has a horse at Wincanton on Saturday but perhaps his best chance of the afternoon runs at Aintree.

He says: “Thomas Darby makes his seasonal debut against five other rivals and he doesn’t look too badly in at the weights. My worry would be that it won’t be a truly run race as he prefers a strong gallop, but he’s in good form and I’m looking forward to starting him out in what will hopefully be a fruitful campaign.”

Get top tips this weekend from the Racing…Only Bettor team at Doncaster, Wincanton, Aintree and beyond.

“Everything points to Sceau Royal and I think that he will take a lot of beating.”

Back Sceau Royal in the 15:00 at Wincanton

Keep faith with De Kock and Malan
17 mins ago