Hammers and Foxes to combine for goals

West Ham continue to be the Premier League’s surprise package this season with a first ever top-four finish well within their grasp. The arrival of Jesse Lingard has helped bring a freshness to the Hammers’ attack and his six goals in eight league games have helped West Ham climb to fourth in the table.

A win for David Moyes’ side will move them to within a point of Leicester who are looking to bounce back from their 2-0 loss at home to Manchester City last weekend. Taking the league leaders out of the equation, West Ham’s home form is the best in the league with 28 points while Leicester’s away form is the best with 34 points.

These two sides have been involved in their fair share of high-scoring games this season. Of Leicester’s 30 league games, 17 have seen three or more goals scored while 19 of West Ham’s games have produced at least three goals which is the most in the league. Over 2.5 goals is available at 10/11 for this weekend’s contest.

West Ham’s 3-0 win at the King Power Stadium in the reverse fixture was the fourth successive meeting in which over 2.5 goals paid out. Three of Leicester’s last four league and cup games have seen a minimum of three total goals scored while the Hammers’ last two league games have produced six and five goals respectively.

Under 2.5 goals between Real Betis and Atletico at 6/10

Atletico Madrid have led La Liga since November 7 when they beat Cadiz 4-0, but the pressure of being top of the table seems to be getting to them in recent weeks. An eight-point lead at the start of March has been whittled down to a single point ahead of this weekend’s round of fixtures. 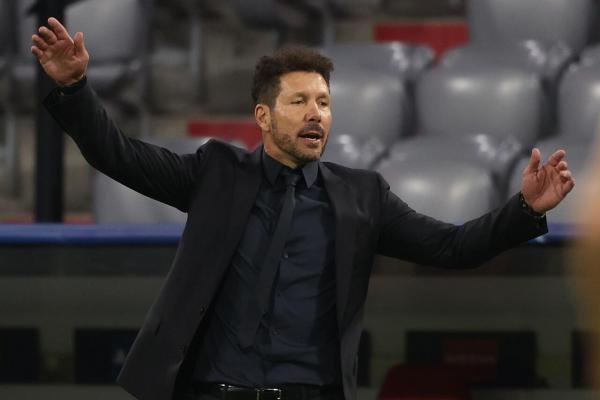 A trip to Real Betis awaits Diego Simeone’s side and with both Barcelona and Real Madrid within three points of the leaders, this is a game Atletico cannot afford to lose. Atletico won the first meeting 2-0 and a similar score will keep Los Colchoneros on course for their first title in seven seasons.

Real Betis are in the mix to return to the Europa League after missing out in the last two seasons. Both teams have been cautious in their approach to recent league games with Betis’ last three contests producing two goals or fewer while Atletico’s last four league and cup games have produced a total of four goals.

Under 2.5 total goals has been a winning bet in eight of the last nine league meetings and in six of Atletico’s last seven league and cup trips to the Estadio Benito Villamarin and under 2.5 goals is priced at 6/10 this weekend.

Schalke have nothing to lose against Augsburg

Over 2.5 goals between Schalke and Augsburg at 6/5

Just over two years ago, Schalke travelled to Manchester City looking to overturn a 3-2 first leg deficit and book a place in the quarter-finals of the Champions League. City won 7-0 and you wonder whether the Gelsenkirchen side has ever recovered from that mauling. This season has been a disaster and relegation from the Bundesliga seems to be a case of when rather than if.

Schalke have won just one of their 27 league games this season which is the fewest wins of any team in Europe’s top five leagues. A gap of 15 points between Dimitrios Grammozis’ side and safety with seven games to play looks too much to overturn.

Mid-table Augsburg have little to play for, so both sides might approach this game in a positive manner with the aim of winning which could lead to an open contest. Over 2.5 goals has landed in Schalke’s last three games and in three of Augsburg’s last four and over 2.5 goals can be snapped up at 6/5.

Schalke are without a win since beating Hoffenheim 4-0 on January 9 and Augsburg will see this as a winnable game even though they needed a last minute equaliser to rescue a point in the reverse fixture in December. Andre Hahn has been in good form for Augsburg and his three goals in his last five games have all helped his side win.

Lens and Lorient to score at Stade Felix-Bollaert

Both Lens and Lorient to score at 5/6

If the Ligue 1 season was to finish right now, Lorient would be safe with a three-point gap between them and Nimes who occupy the relegation play-off spot. However, there are still seven matches left to play and a lot can happen in those fixtures.

Franck Haise’s Lens side look set to miss out on Champions League football next season, but in their first season back in Ligue 1, they are well placed to secure a place in the Europa League. 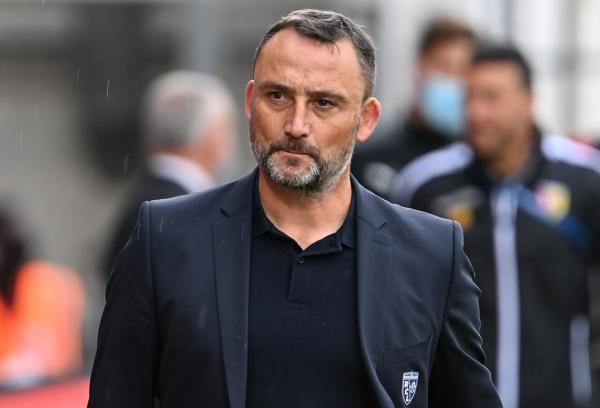 Lorient have the better form of the two sides with an unbeaten run of five games to protect while Lens are unbeaten in their last three Ligue 1 matches. Lens got the better of their opponents earlier in the season with a 3-2 win and the data suggests both teams could score in this contest too.

Both Lens and Lorient have scored in the last three meetings and Lens’ last nine league and cup games have seen goals for them as well as their opponents. Both teams to score has landed in six of Lorient’s last seven league games away from home and both teams to score is priced at 5/6 this weekend.

Atalanta to score first against Fiorentina at 4/9

No team has scored more goals than Atalanta in this season’s Serie A and there is every chance they will add to their 68 goals when they visit Florence on Sunday night. So it’s no surprise to find Atalanta’s matches are third in Europe’s top five leagues in terms of goals per game.

Atalanta’s 3-2 win over Udinese last weekend bumped their average up to 3.59 goals per game and after beating Fiorentina 3-0 in December, there is a very good chance this fixture will produce goals.

Gian Piero Gasperini’s side, who are battling to qualify for the Champions League, has one of the best records of any side in Europe’s top leagues when opening the scoring goal. Atalanta have scored first 17 times this season and they have yet to lose, winning 15 times and drawing the other two. Fiorentina have conceded the first goal 16 times and have yet to win, losing 13 times and sharing the points in the other four.

The first goal at the Artemio Franchi Stadium could be crucial and if Atalanta manages to get it, which is priced at 4/9, Fiorentina will have to do something they haven’t done since October 30, 2019 when they came from a goal down to win 2-1 at Sassuolo. 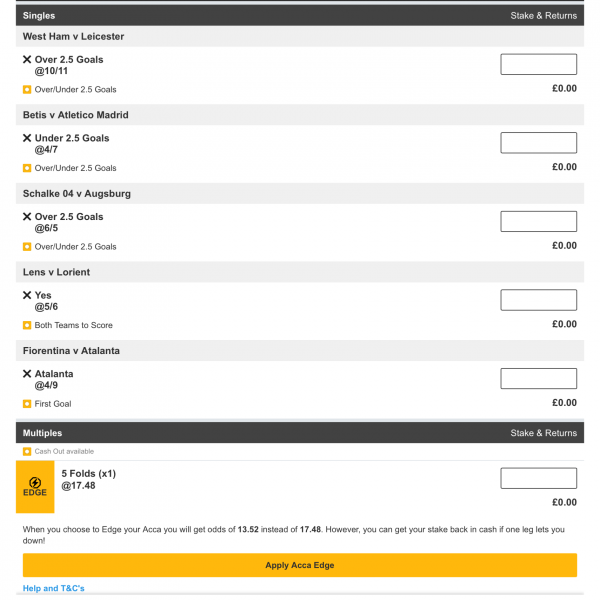 Jazz vs Warriors Odds and Picks
43 mins ago