The US PGA Championship returns to the Ocean Course, Kiawah Island, this week, where Rory McIlroy romped to victory nine years ago. And there’s no better way to prepare yourself than by reading Steve Rawlings’ in-depth preview ahead of Thursday’s start.

Steve says: “As an Open Champion with a victory in the Travelers at the Pete Dye designed TPC River Highlands, Jordan Spieth should take to Kiawah Island like a duck to water but there are a couple of negatives.

“Since finishing third at the US Masters he’s contracted Covid and so he’s missed a few weeks of preparation but the main reason I’m reluctant to side with him is that this is the major he needs to complete the Grand Slam and that will bring significant added pressure.

“Justin Thomas has lost his way slightly after his off the pace success at the Players, failing to progress out of the group at the WGC Match Play before producing form figures reading 21-13-26 and Dustin Johnson hasn’t been firing since he won the US Masters in November. 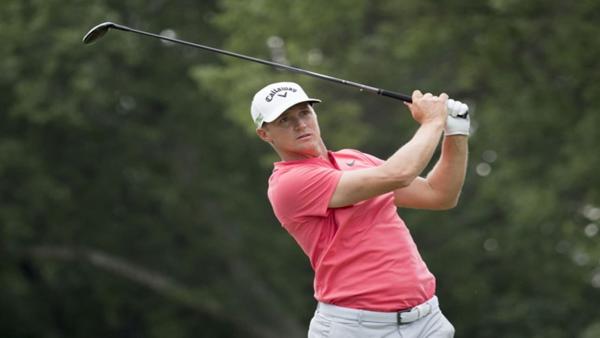 “I backed Alex Noren over the weekend as he put in a challenge in Texas and I’ve backed a couple more big outsiders which I go into detail on in the Find Me a 100 Winner column but my only other pick is the world number nine, Tyrrell Hatton, who ticks every single box apart from red-hot recent form.

“The Englishman is a quite brilliant links exponent (won back-to-back Dunhill Links Championships), he won the Abu Dhabi Championship in January, he has form on paspalum (Saudi International) and he finished third at the RBC Heritage last year at the Pete Dye designed Harbour Town.”

Dave Tindall has three each-way selections for the US PGA Championship so find out who he’s backing at the year’s second Major.

Dave says: “At 45/1 Tyrrell Hatton could represent outstanding value as he seeks his first Major title. So far, his Major career has been somewhat curious. After a T25 in this event in 2015, the following year he defied expectations by finishing T5 in the Open Championship and T10 in the US PGA.

“The main negative in a Majors career that clearly had big moments of promise was his Masters record: up until this year his results read MC-44-T56-MC. That was unusually poor for a player who had climbed into the top echelons.

“Thankfully, a corner was turned this time and last month he battled away to finish T18: not an amazing performance on one level but quite a breakthrough on another. That said, his best Majors are the Open Championship and the US PGA as four of his five top 10s have come in those. The other was that US Open top 10 which came at links-style Shinnecock.

“So, if only he could get to play a US PGA by the coast. That would be perfect right? Well, Hatton is granted that wish this week: welcome to the 2021 US PGA, played on the Ocean Course at Kiawah Island Golf Resort.”

Delighted to have the thoughts of Ben Coley from our friends at Sporting Life ahead of the USPGA and he’s got his eye on a veteran operator for his selection for B.B.

Ben says: “Backing Phil Mickelson with confidence in any market isn’t really possible any more, but there’s definite value in taking him to be the top former winner.

“Rory McIlroy and Justin Thomas quite rightly dominate the market, but then we’ve Collin Morikawa, who faces the huge task of defending his title. He’s risen to most challenges so far but suffered a post-PGA lull last year and a similarly low-key performance here wouldn’t surprise me.

“With Brooks Koepka plainly not fit, Keegan Bradley into what appears to be a very skinny price and Jason Day playing poorly, we get to 25/1 shot Mickelson as one of the handful of realistic options to upstage those above him in the betting.

“Mickelson has been playing quite nicely, though. He started in blistering fashion at Quail Hollow, defied a slow start for 25th in the Masters, filled the same spot in the Honda and was better than he usually is at Sawgrass. Two missed cuts both came with second-round 69s and there’s been a lot of good stuff in amongst the odd catastrophe.

“He’ll have to avoid big numbers here but played reasonably when mid-pack in 2012, producing his best golf during the worst of the weather on Friday, and he’ll be buoyed by receiving a special invite to the US Open next month. Generally strong with his approaches and with the putter firing, he’s capable of a top-20 finish and should he manage it, we won’t need much help to at least land the place part (paying at a quarter the odds, first three).

“Certainly, he looks too close to Martin Kaymer and Jason Dufner in the betting and anything bigger than 14/1 is good value for a small, speculative play in a market which contains plenty of deadwood. Mickelson says the only thing missing is focus, and Kiawah Island should hold his attention.”

Our European Tour tipster Matt Cooper has three European player each-way selections for the US PGA Championship with the Betfair Sportsbook paying 10 places.

Matt says: “First up for my bets is the 2012 winner of the Portugal Masters at Dom Pedro, the Irishman Shane Lowry.

“In addition to enjoying that track he’s also always thrived in Spain and has four top 20s at Valderrama, including a fourth and second.

“What about his form this season? His two top ten finishes came at TPC Sawgrass and Harbour Town (he was also third there in 2019) and what do they have in common? Both Dye designs.

“Don’t overlook his T21st at the Masters, either – it was his best effort there. If it’s windy, as it tends to be, the 2019 Open champion is likely to enjoy that factor rather than fear it, and he’s had plenty of practice on Paspalum grass since he joined The Bear’s Club in Florida.”

What Matt says about the favourite: “If Rory McIlroy can go from averaging 76.00 for the five strokeplay rounds ahead of Quail Hollow to victory there and also here this week (what would be a first major triumph in nearly seven years), it would be one of the great form transformations and unquestionably a career-defining effort.

“Once a Pete Dye course sceptic, McIlroy explains: ‘I turned a corner at Whistling Straits in 2010. I hated it, but told myself to embrace it. I finished one shot outside the playoff and since then I’ve won at Kiawah (by a mammoth seven shots), Crooked Stick and Sawgrass. I’ve started to quite like them.’ Beware his nemesis, high wind, on this week’s coastal track.”

Rory McIlroy 12.5 to win the US PGA Championship

Dave Tindall takes a close look at the make-up of the last 10 US PGA winners to see which player is most likely to lift the Wanamaker Trophy in 2021.

Dave says: “One of the key pointers for this event is that most winners had posted a victory earlier that season and Collin Morikawa added to that trend last year.

“Morikawa had captured the Workday Charity Open just three starts before winning the US PGA. He also continued a trend for this being the best Major for players aged under 30.” 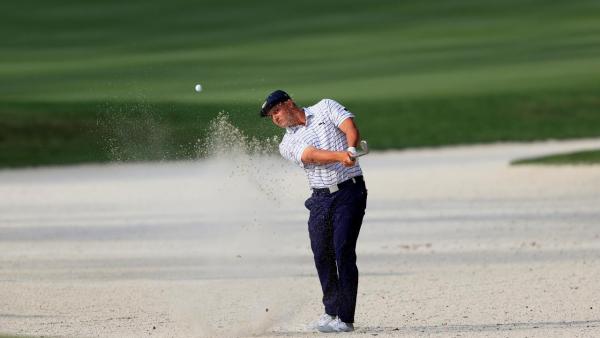 “Bryson DeChambeau is 27-years-old and won the Arnold Palmer Invitational in March. He’s world number four, was tied fourth at Harding Park last year and posted tied ninth at Wells Fargo before teeing it up in the AT&T Byron Nelson so is guaranteed to have a top 20 in one of his last two starts. He’s not won the event before and has played in it just four times previously.

This year’s venue, Kiawah Island, measures in at a record-breaking 7,876 yards. The game’s longest hitter winning at the longest course in major championship history would certainly make for some pleasing symmetry.”

Steve Rawlings has trawled the stats in search of a monster-priced winner at this week’s USPGA Championship and top of his list is Si Woo Kim. Read who else makes the team and who came close…

Steve says: “Having celebrated his 30th birthday in November, world number 40, Max Homa, doesn’t quite tick all four boxes but I’m more than happy to overlook that slight misdemeanour and I really like his chances, despite a missed cut last time out…

“Homa’s weekend off at the Wells Fargo Championship two weeks ago can be very easily forgiven. He’d won the event two years earlier so given the tournament was cancelled in 2020, he had the pressure of being the defending champion, and that was just days after a disappointing final round at the Valspar Championship.

“Homa had entered the final round at the ultra-tough Copperhead track trailing by a stroke but a 74 on Sunday saw him slip to sixth. That could be construed as a negative but he was tied for the lead at the American Express (won by Kim) in January before a poor final round saw him fall outside the top-20 and he picked himself up after that to win the Genesis Invitational four starts later. 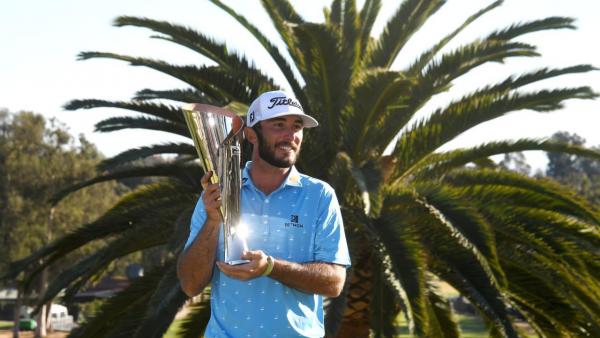 “Both Homa’s wins have come at tough tracks (Quail Hollow and Riviera) that have staged major championships and he’s a player that’s been overlooked this week. He’s a fabulous putter and I like his chances at odds in excess of 200.0199/1.”

Check out the current form of those teeing-up at Kiawah Island as Andy Swales goes in-depth on the latest key stats and provides some history to show that this hasn’t been a happy hunting ground for Americans.

Andy says: “Since America triumphed at the 1991 Ryder Cup, this has generally been an unlucky venue for US golfers.

“In 1997, when the World Cup of Golf was staged here, the tournament was won by Ireland, with Scotland runners-up. Colin Montgomerie won the individual event while the United States, represented by Justin Leonard and Davis Love, joined forces to finish third.

“Leonard and Love had both won Majors that year, but were unable to prevent European golfers from occupying the top four positions in the individual competition.

“Six years later the World Cup of Golf returned to Kiawah and was won by South Africa. England, France and Germany came next, with the hosts – represented by Jim Furyk and Leonard – finishing in a tie for fifth, alongside Ireland. The format had changed by then, and there was no individual event.”

Best bets from Delaware Park on Monday
50 mins ago