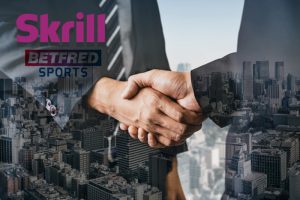 Global payments company Paysafe has extended a long-standing partnership between its Skrill digital wallet and Betfred to now include the UK bookmaker’s Betfred USA Sports subsidiary.

As part of a recently signed agreement between Betfred and Skrill, which builds on their previous collaboration, the sports betting operator has added the digital wallet as an available payment method to Betfred USA’s recently launched online and mobile sportsbook in Iowa.

The deal between Skrill and Betfred is the latest in a series of milestones the digital wallet has reached this year as part of its US expansion effort. The partnership with the major gambling operator, which too has been looking to strengthen its position in the growing US wagering space, follows the recent launches of the Skrill Visa Prepaid Card in the US market, the Skrill Money Transfer solution and the Skrill Knect loyalty program.

Skrill noted that it has now been focusing its attention on cementing itself in the US to respond to a growing consumer demand for digital wallets. According to a recent Paysafe report, more than a third of Americans (around 36%) used digital wallets at least monthly during the second quarter of the year.

Skrill has been serving Betfred’s European sportsbook operations since 2006 and the digital wallet’s recent agreement with the bookmaker builds on an already strong relationship.

As part of this extended collaboration, Betfred’s customers in Iowa will be able to upload funds to their Skrill account via a number of different options, including bank and card transfer, iACH, and eCash solutions, and use the digital wallet to deposit on Betfred’s Iowa-facing online and mobile sportsbook.

Bettors can then bet on a wide range of sports, including professional and collegiate football, basketball, baseball, hockey, and soccer, among others. They can also withdraw their winnings into their Skrill accounts and transfer them to their bank accounts or withdraw them at an ATM via a Skrill Visa Prepaid Card.

Betfred entered Iowa’s sports betting market this past January when it debuted a retail sportsbook at Grand Falls Casino & Golf Resort. The sports betting operator launched its digital gambling solution in partnership with the casino earlier this month.

Commenting on their extended partnership with Skrill, Betfred USA Sports COO Bryan Bennett said that funding accounts with multiple deposit methods is what sets them apart from their competitors and that Skrill offers their customers “more flexibility by supporting popular international and local payment providers.”

Lorenzo Pellegrino, CEO of Skrill, NETELLER and Income Access at Paysafe, added that they are delighted to extend their global partnership with Betfred and support the bookmaker’s growth in Iowa and beyond. Mr. Pellegrino also noted that their Skrill solution will provide Betfred USA Sports and its customers with a payment method that “streamlines, simplifies, and ultimately improves the wagering experience.”

Dolphins Open as 3.5-Point Underdogs vs Rams in Tua’s First Start
28 mins ago