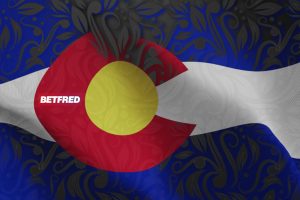 Under the terms of the recently expanded alliance, Scientific Games will provide digital and retail sports betting services to Betfred and its Colorado partner Saratoga Casino Black Hawk.

Betfred partnered up with Saratoga Casino this past January to tap into the Colorado wagering market. Under the sports betting operator’s partnership with Scientific Games, Betfred has now launched its partner’s full retail betting solutions including its self-service betting terminals at Saratoga Casino.

The operator is expected to roll out Scientific Games’ digital wagering services at a later stage, but in time for the 2020-2021 NFL season. In addition, Scientific Games will supply its OpenPlatform to Betfred in Colorado. OpenPlatform is one of the leading account management platforms currently available on the market.

To celebrate its Colorado market entry, Betfred also announced earlier this week that it has signed a multi-year sponsorship to become an official partner of NFL franchise Denver Broncos.

Colorado has become the latest state Scientific Games has been able to launch its wagering solutions in since the US Supreme Court struck down a federal ban on athletic gambling in May 2018 to pave the way for the legalization of sports betting in multiple states.

A Core Component in US Sports Betting Strategy

Betfred and Scientific Games announced their partnership in February. That original partnership covered Pennsylvania where the gambling operator has teamed up with Wind Creek Casino in Bethlehem to provide retail and digital sports betting services.

Commenting on their extended partnership with the sports betting solutions provider, Betfred COO Mark Stebbings said that OpenSports is a “core component of our US sports betting strategy” and as the operator extends its presence across the nation, “the team at Scientific Games plays an important role in helping us to deliver match-winning experience.”

Mr. Stebbings went on to say that they are looking forward to working with Scientific Games “to bring exciting sports betting experiences” to sports fans in Colorado.

Keith O’Loughlin, SVP Sportsbook, Digital for Scientific Games, said that Betfred is “a well-respected and successful UK operator” and that they are excited to be partnering with the company as it builds its expansion plans in the US.

The executive added that following their Pennsylvania announcement earlier this year, the extended partnership in Colorado is “another huge vote of confidence in our OpenSports platform.”

Mr. O’Loughlin also noted that his company is committed to setting its customers up for long-term success across regulated markets and that they are excited to “showcase our product and service capabilities in two US states with Betfred.”