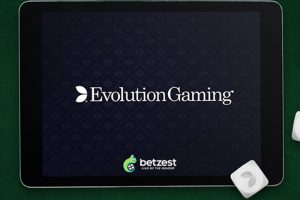 Online casino and sports betting operator Betzest has teamed up with Swedish Live Casino specialist Evolution Gaming to ramp up its content offering with some of the provider’s most popular titles.

Under the terms of a recently signed deal between the operator and the Live Casino content supplier, Betzest and its players will gain access to Evolution’s offering, including a host of roulette, baccarat, blackjack, and poker variants as well as progressive jackpots.

Betzest said that its deal with Evolution is another significant step in its strategy to become one of the leaders in the provision of high-class sports betting and casino gaming products and will assist it in its global expansion plans.

The online gambling operation was launched in the summer of 2018. During its two years of existence, it has managed to enter multiple markets around the globe and is looking to further extend its global footprint.

Earlier this year, Betzest obtained a license from the Malta Gaming Authority that opened the doors to more European markets so that the rapidly growing iGaming and sports betting brand could deliver on its strategy.

Excited to Seal Another Partnership

Commenting on their alliance with Evolution, Betzest founder and CMO Marius Filip said that after they received their MGA license, they are now excited to have secured another important partnership with a leading content provider.

Mr. Filip went on to say that the addition of Evolution’s Live Casino range is part of their strategy to always improve their offering and that they trust Evolution’s “highly innovative and entertaining games will play an important role in making Betzest this year’s leading Live Casino operator.”

The Betzest founder also noted that they have an exciting host of partnerships with other major online casino game providers and payment processors in the pipeline. Most of these are set to be announced in the third quarter of the year.

Earlier this year, the online casino and sports betting operator announced that it has teamed up with Skrill and NETELLER to enable its players to use the two eWallets to deposit money on the Betzest website and withdraw their winnings.

Evolution itself has had exciting several weeks as the company announced that it has made an offer to merge its operations with those of fellow Swedish online casino content maker NetEnt.

Last week, the Live Casino studio premiered its latest game show title, Crazy Time. The game is based on Evolution’s hit Dream Catcher money wheel concept and is loaded with four bonus games – more than any other game by the company has ever offered.

Back Passion for Goodwood Glory
6 mins ago