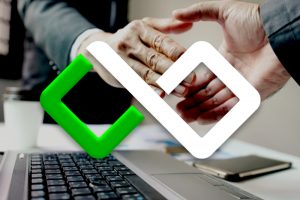 Online casino games maker BF Games has recently landed a deal that will see it expand in Georgia’s regulated iGaming market with another locally licensed operator.

BF Games has teamed up with Crocobet to provide the iGaming and sports betting firm with access to its entire portfolio of online casino content.

Crocobet is one of the leaders in the provision of B2C online gambling services in Georgia. The operator offers a wide range of online slots and table games as well as a full-fledged sportsbook. The agreement with BF Games will enhance Crocobet’s games offering with content that is built to suit all player preferences.

As for the games studio, it will benefit from its deal with the Georgia-based operator by further bolstering its presence in the Georgian market. BF Games is already live in that market after a partnership with another local leader, Adjarabet. The games creator launched its games with the operator late last year.

Under the terms of its recent alliance with Crocobet, BF Games will provide the operator with access to its entire games suite. This means that Crocobet customers will be able to try out the studio’s hit classics Book of Gods, Crystal Mania, Stunning Hot, and Hot Classic as well as newly released summer title Hot Sunrise.

Thrilled to Team Up With Another Local Leader

Commenting on their partnership with Crocobet, BF Games Head of Business Development Claudia Melcaru said that their games have proved popular with players in Georgia and that they are thrilled to add yet another locally licensed market leader to their list of Georgian partners.

Ms. Melcaru went on to say that they look forward to offering their titles to Crocobet’s players as they continue to “expand our portfolio with exciting titles that appeal to a wide demographic of players.”

Crocobet co-owner Giorgi Barnabishvili said that by partnering with the iGaming studio they will be able to enhance their offering and further cement their position as a leading operator in the market.

The partnership with Crocobet was the latest major supply deal penned by BF Games in recent months. In April, the casino content maker partnered up Lithuania-licensed operator Uniclub Casino to enter that market. The agreement saw BF Games provide its partner with exclusive access to 20 of its gaming titles.

News about BF Games’ new Georgian partnership emerged as the studio gears up preparations for the launch of its latest game, Book of Gates. The title is set to be rolled out later this month, transporting players to an adventure back to Ancient Egypt.

Gambling News
How to Find and Calculate Value Bets?
16 mins ago
0 1

How to Find and Calculate Value Bets?
16 mins ago