Biden twice as likely to win than Trump

A huge shift in the US election betting on the Exchange over the weekend means Joe Biden is now rated twice as likely as Donald Trump to win.

Biden is now his shortest odds yet to win the White House on 3 November while Trump’s odds are the longest they have been since February.

After an extraordinary day’s trading, our Swing-O-Meter is now pointing firmly towards Joe Biden. The swing is 2% for the last 24 hours and was 3% at one point yesterday.

Check back for latest polls, breaking news and analysis. pic.twitter.com/5xZsarl1vy

The moves in the market came as CNN reported that Biden’s polling was the most positive for any challenger candidate since 1936.

With just over three weeks to go Trump needs a dramatic turnaround in fortunes if he’s to win a second term in the White House.

There has been only one single term US president in the past four decades – George H.W. Bush – and the Republican would hate to be the second.

Trump will take heart from knowing he upset the odds four years ago. He came from an even more unlikely position to win the 2016 election and, on this day four years ago, Trump was 11/2 (16%) and Hillary Clinton was 1/5 (84%).

Trump will believe he can win and the Biden camp will take nothing for granted.

Betfair Spokesman Sam Rosbottom said: “The race is far from over and the Betfair Swing-O-Meter could still move at a moment’s notice given at this stage in 2016 Trump was even further behind when 11/2 (16%) to beat Hilary Clinton before producing a stunning comeback.” 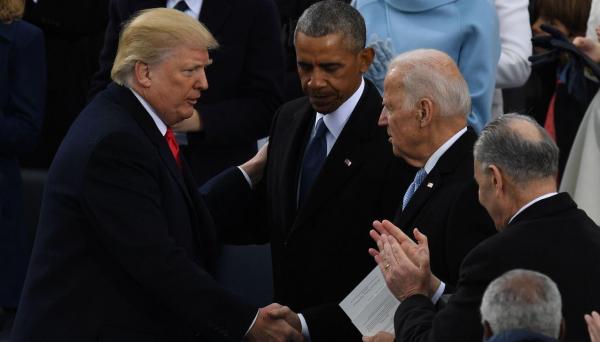 Trump had hoped the live televised debates would give him a chance to eat into Biden’s lead. On Friday, however, the Commission on Presidential Debates cancelled the second debate due to safety concerns.

Paul Krishnamurty has written about which candidate benefitted from the cancellation.

The third and final debate, scheduled for 22 October in Nashville, Tennessee, is still on.

Keep an eye on the swing-o-meter to follow up the minute developments in the betting and read daily articles at our election blog.

Arsenal vs Rapid Vienna, PSV vs Granada & Celtic vs AC Milan
25 mins ago