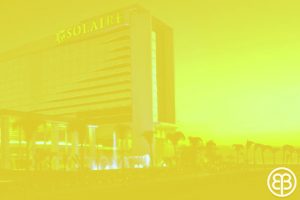 Mr. Razon also said that the opening of the resort, currently under development in Quezon City, would be pushed back to the end of 2022 or early 2023 due to construction delays.

Philippine President Rodrigo Duterte declared an Enhanced Community Quarantine in mid-March to help curb the spread of the dangerous coronavirus. The lockdown forced the closure of the nation’s casinos, including Bloomberry’s Solaire Resort & Casino in the capital Manila. It also halted construction of what would be the company’s second integrated resort.

Mr. Razon said Thursday that construction has partially resumed but “the period of lockdown can be reasonably added to the completion date.” The businessman also noted that they believe “the timing of Solaire North could well coincide with a full economic recovery.”

Reports that Bloomberry plans to open a new integrated resort outside Manila first emerged in 2016. In the summer of 2018, the company confirmed that it intends to build a property in Quezon City that would be named Solaire North as an expansion to the Solaire brand. Construction of the property commenced last year.

Bloomberry was allowed to reopen its Solaire Resort & Casino in Manila on June 15, but the property operates at limited capacity. Mr. Razon said Thursday that “it is still the early days to give any indication on how the business will perform” and that their top priority now is “to ensure the safety and well-being of our guests and employees.”

Solaire was the first integrated resort to open doors as part of Entertainment City, a government-spearheaded mega-scheme that involved the development of four integrated resorts and other entertainment facilities on the Manila waterfront and that aims to boost the city and the nation’s tourism industry.

As for what would be Solaire North, the property will feature a 40-story tower and will occupy a 1.5 hectare site inside the Vertis North complex in Quezon City.

The resort will include hotels, dining outlets, bars and lounges, entertainment facilities, and a casino, among other amenities. Bloomberry said previously that its second Solaire property would look to capture mass market gamblers from the city and the nearby Pampanga and Bulacan provinces.

Aside from domestic expansion, Bloomberry has also been exploring overseas expansion opportunities. Company executives said earlier this year that his company was still interested in pursuing a casino license in Japan, even though the nascent Japanese market would be a big challenge.