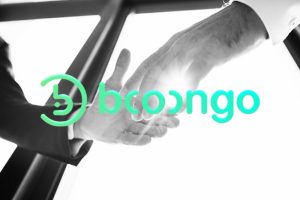 Fast-growing casino games studio Booongo has announced another important deal that will see it further expand in Latin America, a market that has been drawing a lot of attention lately due to its growth opportunities.

The deal will see the games developer roll out its collection of gaming titles across Wargos’ network of operator partners. Clients of the young platform provider will thus gain access to hit Booongo slots such as Dragon Pearls and Great Panda as well as the latest addition to the studio’s Hold and Win series, Super Marble: Hold and Win.

Based in Peru, Wargos is among Latin America’s rising stars. It uses innovative and cutting-edge technology to help operators grow their business and deliver supreme experience to their players.

As for Booongo, it is a rapidly growing developer of HTML5 slot games with stunning 2D and 3D graphics and exciting themes. Its content is designed to provide operators and their players with optimal experience across both desktop and mobile.

Booongo’s games range as well as its set of engagement tools are available via a seamless API integration. The studio also offers full back-office support.

Commenting on their partnership with Wargos, Booongo Commercial Director Sebastian Damian said that their new partner provides an innovative platform that is a “rising star in a vibrant region” and that they are thrilled to be able to provide their games to Wargos’ growing operator client base.

Mr. Damian went on to say that their content already performs quite well in Latin America and that it is an important market for them. The Booongo official also noted that they are looking to ramp up their LatAm presence even further in the coming months.

Wargos Technology Strategy Director Carlos Navarro added that they have strong ambitions with their new iGaming platform and that their partnership with Booongo is an important step in building their offering with quality content.

Mr. Navarro also pointed out that Booongo’s “cutting-edge slot games” will make a great addition to their existing offering and that they will prove a huge hit with Wargos’ “ever-expanding South American audience.”

Booongo’s supply deal with Wargos is the latest the studio has announced as part of its LatAm expansion campaign. Earlier this month, it teamed up with Rush Street Interactive to provide the online gambling operator’s Colombia-facing brand RushBet.co with access to its content.

In June, Booongo partnered with Rivalo, another major player in the Colombian market to supply its games to that operator, as well.