Boris Johnson could easily go before 2024

There was a sense of déjà vu about British politics this week as Boris Johnson’s government appeared to be overtaken by events once again – just like they were in March.

Only a fortnight after he talked about a return to normality by Christmas, Johnson was forced to impose quarantine controls for British people returning from Spain, introduce restrictions on parts of northern England and warn of a possible return to nationwide lockdown.

At the time of writing, Johnson is [2.1] on the Exchange to leave office no sooner than 2024. With the prime minister once again looking spooked by the coronavirus’s unwillingness to go away, however, it’s fair to wonder if he can really last that long in Downing Street.

When will Johnson leave?

Communication continues to be a problem for the government – no surprise then that this week they advertised a vacancy to be Johnson’s communications expert – as the restrictions imposed on the north were hastily announced via Twitter on Thursday night.

The following morning, Johnson gave an emergency press conference at which he sounded uncharacteristically pessimistic. He said plans to ease lockdown were on hold – causing disruption and economic damage to business that had been about to reopen. England’s chief medical officer, Chris Whitty warned that pubs and restaurants may have to close again if schools are to fully reopen next month.

The reopening of schools is a pivotal issue in how the public perceives the government’s handling of the pandemic. I don’t think it’s an exaggeration to say that, if the government gets this wrong, it could break Johnson’s premiership.

A month ago, when education secretary Gavin Williamson unveiled a road map to get children back to school for the new term, a poll for ITV’s Peston showed 65% of parents thought it was achievable. As the date draws near, I sense that number will have dwindled. This weekend, leading scientists joined teaching unions in expressing serious doubts about the feasibility of the government’s plans.

How much of this can people take? A new Ipsos Mori published poll shows 70% think the government have handled the pandemic badly and 65% blame the PM personally.

The Tories aren’t slow to replace their leaders when they think it’s in their electoral interests. The rise of chancellor Rishi Sunak, whose positive approval ratings are a stark contrast to Johnson’s falling popularity, mean the Tories now have a formidable alternative to Johnson.

It’s still possible that the economic consequences of the pandemic, and growing criticism of the policy of ending the furlough scheme, will change that. But for now Sunak is a worthy favourite to succeed Johnson at [4.5].

Can Moran cause an upset and become Lib Dem leader?

Ballots opened on Thursday today in the contest to become the Liberal Democrats’ new leader. Acting-leader Ed Davey is [1.51] to win against his opponent Layla Moran [2.72].

Davey won more nominations than Moran who has said she wants to give the party a fresh start after “10 years of decline”. 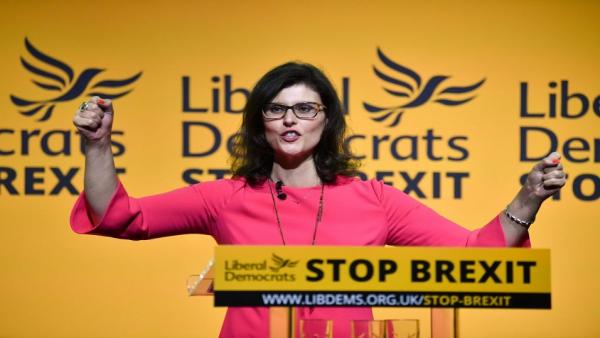 Disastrous results at three consecutive general elections have seen the Lib Dems slide into irrelevance as Westminster’s fourth party behind the SNP.

Moran has ruled out ever working with the Tories, a rebuke to Davey who was a member of the Con-Dem coalition government which was responsible for the Lib Dems’ fall from grace.

The winner will be announced on 27 August.