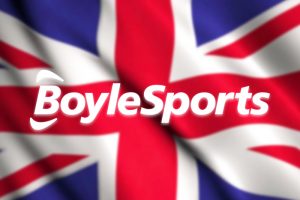 Irish bookmaker BoyleSports is reported to be in advanced talks to acquire more betting shops in the UK as it looks to grow its retail presence in that market after entering it last summer.

Building up a significant retail portfolio in the UK is believed to have remained the company’s main focus, despite betting shop closures and other disruptions in the industry caused by the Covid-19 pandemic.

Founded in 1982 and based in Dundalk, BoyleSports is the largest independent bookmaker in the Republic of Ireland. And through a series of recent acquisitions, the company has become the largest betting shop owner on the island of Ireland with nearly 300 venues.

And earlier this year, it expanded its UK estate with the acquisition of 35 William Hill betting shops in Northern Ireland and the Isle of Man. BoyleSports reportedly paid between £10 million and £15 million for the shops, which has been the company’s largest acquisition to date.

The company has said that it would be largely concentrating on building its presence in the Midlands region, making Birmingham its main hub in Great Britain. It currently owns 19 betting shops across Birmingham, Coventry, and Stoke.

The Irish bookmaker plans to own around 100 regional UK shops, excluding the London area, by the end of the year. It is to be seen whether the advanced negotiations that the company is reportedly engaged in will result in a transaction and will see it further grow its UK retail portfolio.

The sports betting operator is believed to be looking at expansion opportunities in both Northern Ireland and Great Britain.

BoyleSports bought out Galway-based Mulholland Bookmaker last year and Dublin-based Bruce Betting earlier this year, adding more betting shops to its domestic portfolio, as well. However, the company is not likely to engage in further transactions in the Republic.

The bookmaker has noted that the Irish Government’s decision to double betting duties has prompted it to change its focus to expanding in the UK instead through a series of acquisitions. Of its expansion in Northern Ireland, in particular, BoyleSports has said that purchasing already operational properties was the easier option as tough licensing conditions there make it difficult to open betting shops up from scratch.

BoyleSports, just as the rest of the industry, has been seriously impacted by the Covid-19 pandemic, as it forced the company to close its shops in mid-March. It was able to reopen them at the end of June, but the months-long shutdown paired with the cancellation of major sports hampered the company’s growth.

Its online betting business has also been impacted badly by the crisis. The gradual return of live sports has improved things to a degree, but the bookmaker said that trading is still quite challenging with fewer people returning to retail shops.

To strengthen its business, BoyleSports is understood to be in the early stages of exploring expansion opportunities in international sports betting markets with its digital division. The company is reportedly eyeing North America and Asia as its near-future online expansion destinations.

Legalization of Sports Betting in Brazil by July
2 hours ago