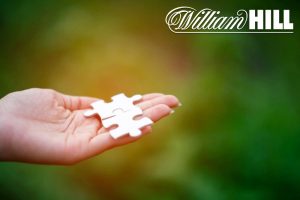 Casino operator Caesars Entertainment, Inc. has secured US antitrust clearance for its acquisition of British bookmaker William Hill and anticipates the transaction to close in March 2021.

In a statement issued Monday, the casino powerhouse, formed by this year’s $17.3 billion tie-up between Caesars Entertainment Corp. and Eldorado Resorts, announced the early termination of the waiting period under the Hart-Scott-Rodino Antitrust Improvements Act of 1976 (HSR Act) in relation to its proposed takeover of William Hill.

When it was enforced more than 40 years ago, the HSR Act established a federal pre-merger notification program, which aims to provide the US Federal Trade Commission and the Department of Justice with information about large merger and acquisition deals before they actually occur.

As it has secured federal antitrust clearance for the acquisition of William Hill, Caesars said that it continues to work toward clearing other regulatory hurdles before it can finalize the transaction.

Caesars approached William Hill with a formal takeover offer in September which the board of the British bookmaker quickly recommended. Caesars’ offer valued William Hill at £2.9 billion. The deal was backed resoundingly by William Hill’s shareholders in late November.

The transaction needs to obtain approvals by gambling regulators in a number of states before it can be closed. Caesars said on Monday that its combination with William Hill was given the go-ahead by the Mississippi Gaming Commission on November 19 and the West Virginia Lottery in December 16.

In addition, the deal requires final approval from the English High Court as well as administrative and post-closing approvals from a set of US agencies.

Caesars said that while it still has a lot to do to satisfy all closing conditions, it believes the deal is on track to close in March 2021.

Caesars has set big goals for William Hill’s growth once it becomes part of the casino giant. The casino operator already owns 20% in the bookmaker’s US sports betting business through a joint venture it formed with William Hill in 2018.

It is namely the betting firm’s US operations that Caesars is most interested in and would look to grow in future. The casino operator said that it would sell William Hill’s UK and international assets after the acquisition deal closes this coming spring.

William Hill is already a major player in a number of US states where sports betting is legal and Caesars will be working toward growing the betting operator’s market share in these and other states.

Texas Tech vs West Virginia Odds and Picks
17 mins ago