Caesars Expands into Live Casino with Evolution Launch in PA 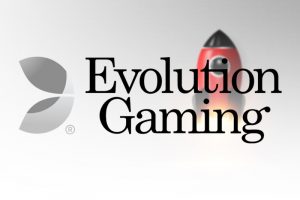 Evolution has launched its products with Caesars Casino & Sportsbook in Pennsylvania as part of a supply deal between the Live Casino specialist and casino giant Caesars Entertainment Inc.

Under the terms of the recently penned deal, Evolution has agreed to provide Caesars’ online gaming operation with access to its entire range of Live Casino games and game show-style titles first in Pennsylvania and later on in New Jersey.

The games are powered online from Evolution’s live studios in New Jersey and Pennsylvania. The Live Casino expert debuted its studio in the Keystone State last month.

Evolution’s launch with Caesars marks another important milestone in the provider’s strategy to cement itself as a leader in the provision of Live Casino products in the fast-growing US market.

Evolution obtained a conditional Interactive Gaming Manufacturer License from the Pennsylvania Gaming Control Board in September 2019. The license enabled it to enter the state’s online gambling market which had only been open for about two months when Evolution secured its regulatory approval to offer its content with locally licensed online gaming operators.

The Live Casino supplier has since then gone live with a number of operators and their Pennsylvania-facing websites and apps.

Following the completion of the necessary integration, Evolution’s Live Casino games are now available with the Caesars Casino & Sportsbook PA app on Android and iOS as well as on desktop.

Commenting on their further expansion into Pennsylvania, Johan Nordstrom, CEO Malta and CCO at Evolution, said that they are very proud to be working with one of the “most iconic brand names in the casino world” and that they look forward to helping Caesars “achieve their goals in the enormously exciting US Gaming market and beyond.”

Christina Stuart, Head of Caesars Sports and Online Gaming for the casino giant, added that the company is “bullish on the future of iGaming” and that it is important to them to continue to provide their players with the best in the sector and with a “superior experience and the latest technology.”

Mr. Stuart also noted that they are excited for their Pennsylvania customers to “experience the fun and action of playing at a live casino table, from your home or anywhere” in the state.

News about Evolution’s launch with Caesars’ Pennsylvania iGaming operation emerges shortly after the company announced that its Live Casino content has become available with BetMGM in New Jersey.

BetMGM is operated by a joint venture between GVC Holdings and MGM Resorts International. It became known that within the first seven days after launch with BetMGM, the iGaming operation accounted for a third of Evolution’s Live Casino stakes in New Jersey.

New markets for Playtech and Golden Matrix
2 hours ago