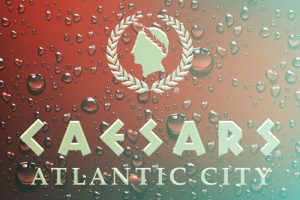 The official said that “it is both and privilege and an honor to be granted and to hold a gaming license in the state of New Jersey.”

The Casino Control Commission awarded a temporary qualification to Mr. Baumann in October 2019, shortly after Caesars and Eldorado filed a petition with New Jersey gambling regulators to review and approve their proposed tie-up.

Mr. Baumann is an industry veteran who has held multiple leadership positions with Caesars in New Jersey, Pennsylvania, and Indiana. He replaced Kevin Ortzman as Caesars’ Regional President for the Garden State.

Mr. Ortzman was ousted from the role last summer after he was named in a civil lawsuit filed in federal court by Jocelyn Agnellini-Allison. Ms. Agnellini-Allison, a former Regional Vice President of Marketing for Caesars, claimed that she was subjected to retaliation after reporting an incident involving Mr. Ortzamn that had originally been reported to her by two other employees.

Caesars and its smaller rival Eldorado announced their planned merger in June 2019. The two companies need regulatory approvals from the states where they operate properties in order to be able to finalize their tie-up, which is valued at around $17.3 billion including debt.

Regulators in more than a dozen of states have given the mega-deal the go-ahead but it still needs approval from New Jersey casino watchdogs as well as from the competent bodies in Nevada and Indiana. The Federal Trade Commission too is yet to rule on the deal.

Eldorado’s CEO, Tom Reeg, last month said that he was optimistic his company and Caesars would secure all the necessary approvals by the end of June. However, this does not seem to be possible now.

New Jersey regulators had been studying the proposed mega-deal and whether it would have had competition implications in Atlantic City as the combined Caesars-Eldorado business would have managed four of the city’s nine operational casinos.

However, the two casino operators announced in April that they had agreed to sell Bally’s Atlantic City to Twin River Holdings Worldwide for $25 million.

That should have alleviated New Jersey regulators’ concerns, but it seems that they are still not ready to review the deal and say whether it should be completed.

It is still unknown when Nevada regulators will discuss the merger. The Indiana Gaming Commission and the Indiana Horse Racing Commission will reportedly weigh in on the tie-up in July.

Back Passion for Goodwood Glory
21 mins ago