Caesars Q2 revenue down, which is why it may have broken the rules 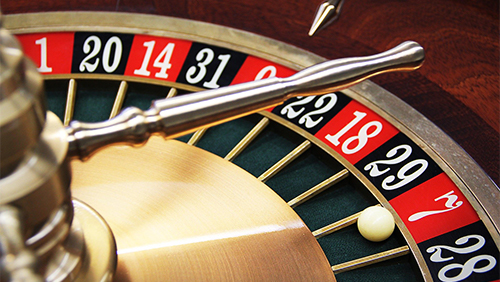 This hasn’t been a good year for casino operators. The coronavirus has taken its toll on revenues for the entire global gambling industry, with no one able to escape the pandemic’s grasp. Caesars Entertainment hasn’t been able to find its footing yet, starting the year off with a 13.6% decline in revenue during the first quarter. The second quarter has continued to show much of the same, with the company, now comprised of its own assets coupled with those of Eldorado Resorts following a successful merger of the two, continuing its slide. Maybe this is one of the reasons it feels it doesn’t have to enforce safety and health protocols established to protect gamblers and employees from COVID-19.

Caesars, which is now found under the ticker symbol CZR on NASDAQ, has released its first earnings report as the new post-merger company, showing a loss of $100 million on revenue of $126.5 million. This is a substantial drop from the net income of $18.9 million it reported for the same quarter last year but, since all properties were closed for the first month of the quarter, the results are to be expected. Says new Caesars CEO Tom Reeg, “Our properties began to reopen in late May and early June. All of the combined new Caesars Entertainment, Inc. regional properties are now reopened, and we are encouraged by operating trends.” Reeg was the head of Eldorado prior to the merger, and assumed control over all operations of the two casino companies when the deal was complete.

There’s talk of selling off the iGaming and sports gambling operations that are currently included in the Caesars portfolio; however, nothing definitive has yet been established. Reeg points out that the two segments could take in as much as $700 million in revenue next year, but selling them might be more lucrative. Given that the company reported debt of $14.7 billion and cash of $1.7 billion at the end of the quarter, it needs to figure out a winning game plan quickly.

The stress caused by major drops in revenue can make any company become desperate and possibly not think with a clear head as it tries to recover lost ground. Caesars is already facing a lawsuit in Nevada by the Culinary Workers Union because it reportedly hasn’t been enforcing coronavirus protection protocols the way it should, and is now looking at a similar lawsuit coming out of New Jersey. Caesars denies any wrongdoing.

According to Unite Here Local 54, the four Caesars properties in Atlantic City have not been enforcing the health protocols the way the state demands. One employee at Harrah’s, Jason McKnight, said during a press conference about the lawsuit, “People are not wearing masks, people are wearing masks down below their nose, not wearing it properly, and when you ask them to wear it they really don’t like to comply. You’re definitely fighting an uphill battle. I don’t see security guards, managers, or anyone else going around and enforcing it.”

The union also says it has proof of 75 instances of Atlantic City resorts not cleaning hotel rooms every day as state law requires – it didn’t specify whether all 75 were only at Caesars properties. For its part, Caesars refutes all the allegations, saying in a statement, “In addition to our enhanced cleaning protocols and other requirements that apply to our valued team members, all of our guests must pass a screening process before being allowed into our properties and must wear face masks in compliance with the governor’s orders.”

Gambling News
How to Find and Calculate Value Bets?
1 min ago
0 0

How to Find and Calculate Value Bets?
1 min ago