Canter can find the next gear

Sometimes a golfer regularly gets himself into contention and then contrives to find all manner of methods to miss out on lifting the title.

Other times you just have to bite the bullet and accept that he played well enough, but another guy played better and/or received all the good fortune.

Twice in recent months Laurie Canter has every reason to consider himself firmly in the latter category.

At the Portugal Masters he eased himself into the action, two shots off the final round lead, and then posted an excellent 66 on Sunday, a tally that left him clear of everyone in the field bar George Coetzee who was not only in a golden run of form, but was also playing on just about his favourite course.

Then, late last month, the 31-year-old Englishman was this column’s main selection at the Italian Open, opening with a blistering 60 on day one and never ceding the lead until the final few holes.

Even then he responded to Rick Parfitt-lookalike Ross McGowan’s inspired putting performance with a birdie on the 71st hole to get back into a share of top spot, but couldn’t match the eventual winner’s par breaker at the last.

Canter would not be human if he were not frustrated by those two near-misses, but he ought also to be well aware that his composed performances were a direct consequence of some fine golf since lockdown and a growing sense of belonging in the heat of battle.

On the summer UK Swing he posted good early numbers, twice headed into the final lap in-contention before slipping backwards, but also travelled in the opposite direction at Celtic Manor – all that momentum and experience undoubtedly doubt helped in Portugal and Italy.

He was least seen carding a final round 65 at the Cyprus Open and now he returns to a favoured part of the world – South Africa, scene of four of the first five top 20s he recorded on the European Tour.

The last of those was at Leopard Creek 12 months ago when he finished T14th and he was also T34th at the venue back in late 2015 at the start of his first season at this level.

He has strong links with the area, becoming friends with tournament host Johann Rupert on that debut and the businessman has been credited on Sky Sports commentary with aiding Canter’s improved form; imploring him to believe in his game and take the fight to his peers.

It’s entirely possible, therefore, that the message will be reiterated on this trip and he can turn his strong form into yet another weekend spent tussling for a trophy.

His stroke average over the last six months ranks him sixth in the field and in his last nine starts he has four times been top six with 18 holes to play; he’s got a great chance.

It still sort of blows the mind that Jorge Campillo has been an ever-present on the European Tour since 2012.

He’s one of those players whose early years were spent quietly securing his card for the following season, then he piled up the top 20s, learning how to cope with added pressure, and finally the dam burst and he collected wins in early 2019 and then early 2020.

Since mid-2018, moreover, he has picked up the habit of rattling off quick bursts of top quality finishes.

From February of that year, for example, he landed five top fives in just seven starts, then added back-to-back top tens in July.

From early March 2019 he finished top three fives times in half a dozen appearances, his maiden win coming in the last but one of those.

His victory in Qatar this year was a bolt from the blue, but it was a confident performance when in-contention and he reeled off three top eights in four starts in the summer.

Despite this he looks a little overlooked given that his last start reaped tied third in the Cyprus Showdown, a week when he thrashed a 62 on the second circuit and added 68-66 at the weekend.

His long-term quality is proved by the fact that he ranks fourth in this field for stroke average over the last three years so the major doubt would have to be his poor record at Leopard Creek which includes two missed cuts and not one top 40 from four visits.

But he hasn’t played there since 2015 and already since lockdown he has turned a course logbook like that around: he’d missed three cuts from four starts at Celtic Manor, again never finishing top 40 in the exception, and then he was tied eighth this August.

Put quality and recent form ahead of his past experience of the course. 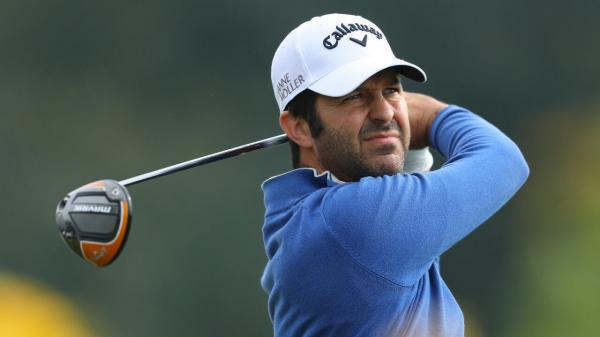 After two largely indifferent half-seasons on the European Tour, utilising starts in co-sanctioned event on the Asian Tour, American Johannes Veerman kick-started his 2020 season with a fine tied seventh at Leopard Creek last November and he returns in fine fettle.

He made a slowish start on that tournament debut, lying T40th after 18 holes, but he made progress in every round thereafter and he’s never really lost that forward propulsion.

He added another three top 25s either side of New Year and since the return to action post-lockdown he has made nine of his ten cuts.

Among those results he especially impressed when tied tenth at the tight Valderrama and added tied eighth a week later at wide-open Dom Pedro.

He got off to a fast start (64-69) in the Cyprus Open before finishing T34th and no-one scored lower than his 72-hole total of 262 in the Cyprus Showdown which followed, but he only landed tied fourth owing to the nature of the format.

He again went low early last week, carding a 64 to open the Joburg Open before closing the week T34th.

That continued ability to score well, allied to fond memories on return to Leopard Creek, earn him the third pick for the week.