Casino expansion plans in Singapore likely to be put on hold

The effects of the coronavirus pandemic are going to be felt for a very long time, especially since the virus still hasn’t been brought under control almost a year after it was first seen. Across the globe, the casino industry has had its legs cut out from under it, and there is no shortage of gambling properties that have already been forced to shut down. While the overall prognosis indicates a fairly strong recovery within a few years, some areas are taking it on the chin worse than others. Singapore could be one of these, and, according to the country’s tourism head, there might be a need for the major casino resorts to rethink their short-term strategies. 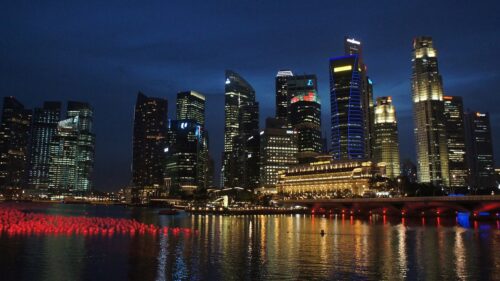 Singapore Tourism Board (STB) CEO Keith Tan got together with Bloomberg TV for an interview to share his take on how the country is rebounding from COVID-19. During that conversation, he admitted that it is “inevitable” that the two casino resorts in the country, operated by Genting Singapore Lt and Marina Bay Sands Pte Ltd., would face delays in their ongoing expansion plans. However, he added that neither has yet acknowledged any variation and stated, “I see that as a good sign of their faith and confidence in the longer-term tourism prospects of Singapore.”

That assertion isn’t totally consistent with remarks made recently by Las Vegas Sands (LVS) CEO Sheldon Adelson. LVS is behind the Marina Bay Sands in Singapore, and said during a financial call in July that, overall, the company had lost almost $1 billion in the second quarter of the year. As a result, he anticipates Marina Bay Sands to face some delays as a direct result of the impact of COVID-19. However, he was quick to add that the long-term forecast was positive. His definition of long-term isn’t clear.

Instead of delays coming from the casino operators, which are dealing with huge revenue deficits, any possible alterations to casino expansion plans could stem from a disruption in the construction sector and a drop in tourism, according to Tan. Over the first five months of this year, international arrivals have slipped 65.7% from the numbers seen in the same period last year, reaching only 2.66 million. In April and May, according to the STB, just 1,000 international arrivals were seen.

As a result, tourism spending dropped 39% in the first quarter of 2020 to $2.92 billion – still a significant amount but, when you’re expecting over $4 billion, the loss is immediately felt. Spending on activities such as gaming, sightseeing and other forms of entertainment lost 41% and came in at $626.7 million for the period.

It might be a good thing that Singapore’s casino operations are going through a slow period. This will give regulators and authorities more access to the operators and their data as they face money-laundering probes. It will also permit the country to explore more closely how it can implement recommendations established by the Financial Action Task Force, which it indicated two months ago are in the works.