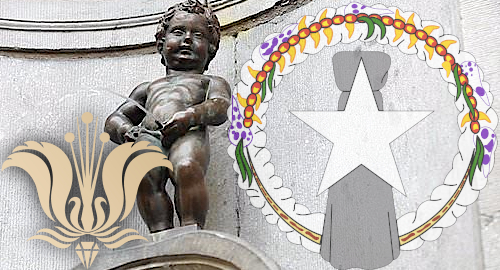 Embattled casino operator Imperial Pacific International (IPI) says it will fight to preserve and even extend its Saipan casino monopoly, even if it can’t honor the terms of its gaming license.

Last week, IPI surprised virtually no one by declaring that it couldn’t pay its annual $15.5m license fee to the Commonwealth of the Northern Mariana Islands (CNMI), of which Saipan is a part. The news came just two weeks after IPI’s new CEO Donald Browne publicly assured members of the Commonwealth Casino Commission (CCC) that the company had “some funding that would satisfy that.”

Fast forward to Monday, and the Saipan Tribune posted an article in which IPI general counsel Michael Dotts suggested that the CNMI legislature might take this opportunity to license as many as four other casino operators, which he claimed could reduce IPI’s licensee fee by 80%, while also reducing IPI’s $3m annual payment to fund the CCC’s operations (which IPI also claims is currently beyond its fiscal capabilities).

IPI’s latest in a long line of legal eagles obviously didn’t clear these views with the company, which rushed out a statement saying it was “not the case” that IPI was open to sharing its Saipan monopoly with any other casinos. IPI said it intends to “vigorously defend our exclusive rights to all gaming” activity on Saipan, including video poker machines and “e-gaming.”

IPI’s desire to get into online gambling is no secret, as the company’s finances are sufficiently dire that it’s probably open to running a Three-card Monte table in the men’s room at the Saipan International Airport if it would bring in a few extra bucks.

You have to hand it to IPI. They may not have cash, but they’re positively overflowing with chutzpah (which comic actress Maureen Lipman famously described as “a small boy peeing through someone’s letter box, then ringing the doorbell to ask how far it went”).

IPI has proven spectacularly incapable of making money despite being the only casino in town, yet their Monday statement asked the government to “consolidate all gaming activity under one regulatory framework” with IPI holding “true exclusivity.”

Casino operators around the world are struggling due to COVID-19, but IPI’s struggles – and its willingness to thumb its nose at its financial obligations to the government and private contractors, its inability to meet construction timelines, observe labor laws and avoid multiple federal probes – long predate the current pandemic.

Frankly, at this point, the CCC must be left with the impression that quite literally any company could handle a Saipan gaming operation with more skill. It’s time to bring the curtain down on this farce and book another show to take its place.

Gambling News
A Lottery Miracle – How a Kentucky Man Won A $2Million Powerball Prize?
13 mins ago
0 0

A Lottery Miracle – How a Kentucky Man Won A $2Million Powerball Prize?
13 mins ago

Suns vs Grizzlies Odds, Spread and Picks
2 hours ago