Pulisic and Rugani ruled out

For hosts Chelsea Christian Pulisic is expected to sit out the game with a hamstring injury. Goalkeeper Edouard Mendy should line-up between the posts against his former club.

Rennes’ outstanding 17-year-old France midfielder Eduardo Camavinga misses the trip with a thigh injury. Daniele Rugani and France U21 international Faitout Maouassa are out, too, meaning Damien Da Silva and Dalbert Henrique will start at centre-back and left-back respectively.

Chelsea are overwhelming favourites against a Rennes side on a steep learning curve in this competition. It’s difficult to argue with the odds of 2/51.4 on Frank Lampard’s players picking up all three points. There should be too much class in the home ranks against Ligue 1 visitors using this season as a learning experience.

In preparation for their first-ever entry into this competition Rennes embarked on a summer spending spree to ensure they had enough depth and quality to be competitive.

Yet Rennes have picked up only one point from their opening two matches: they drew 1-1 at home to Krasnodar and were lucky to lose only 1-0 when Sevilla outclassed them in Spain last week.

Rennes will travel in defiant mood: they’ve nothing to lose from this trip and are confident they can improve as the group phase unfolds. Their W5-D3-L2 record in all competitions this season is solid enough and they have the potential to cause Chelsea defensive concerns. 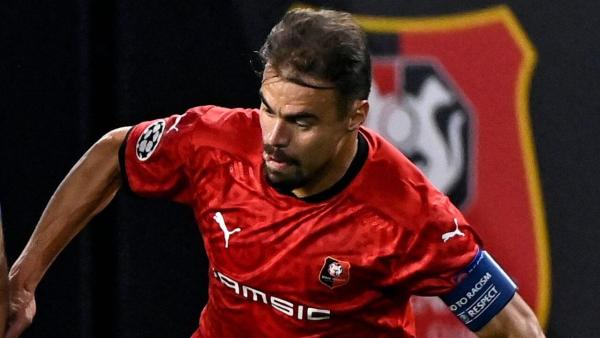 Yet the hosts have done markedly better against the same opposition as Rennes: Chelsea drew 0-0 against Sevilla rather than being outplayed, and blew away Krasnodar 4-0 last week thanks to goals from Callum Hudson-Odoi, Timo Werner, Hakim Ziyech and Pulisic.

There’s no point in opposing Chelsea, and some appeal in backing them -1.0&-1.5 Asian Handicap considering the difference in strength between these two sides. With this selection, you’ll lose only half your stakes if Chelsea win by a single goal, and make a profit at around evens if Chelsea win by two or more goals. For a full guide to Asian Handicap betting, click here.

For a more speculative interest in the scoring markets a couple of players in the Rennes ranks stand out. Centre-backs Da Silva (pictured above) and Aguerd have been a formidable threat in the air this season: they’ve already scored three times each in Ligue 1, meaning they’re responsible for one-third of all Rennes’ league goals between them.

With dead-ball expert Benjamin Bourigeaud – a childhood fan of David Beckham and blessed with a similar technique when striking the ball – likely to be reinstated to the team after starting on the bench for Rennes’ 2-1 weekend win over Brest, look out for the defensive duo Da Silva and Aguered posing a threat at corners and free-kicks.

Valencia vs Atletico Madrid, Barcelona vs Osasuna & More
15 mins ago