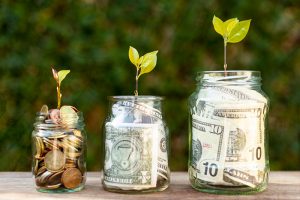 The People’s Bank of China has been assigned the “major political mission” to clamp down on payment processors servicing online gambling operators, according to a notice issued late last week by the bank.

Local news outlets reported that the bank’s Deputy Governor, Fang Yifei, held a meeting in Beijing late last week during which he laid out plans and strategies that aim to “strengthen and reinforce the governance of cross-border gambling financial chain regulations.”

Last week’s meeting was attended by representatives from China’s Ministry of Public Security, the General Administration of Customs, the Banking and Insurance Regulatory Commission, the Foreign Exchange Bureau, the Payment & Clearing Association of China, China Union Pay, and the NetsUnion Clearing Corp., among others.

Fang said at the meeting that one of the primary objectives before the bank would be to cut off the cross-border flow of gambling related-capital.

The official urged all financial institutions providing their services in China to “improve their political positions, enhance their sense of responsibility and urgency in prevention and control, implement ‘two maintenance’ practices, firmly establish and earnestly implement the overall national security concept, and take on the severance of cross-border gambling capital chains as a firm fight.”

The bank has asked China’s financial sector to ramp up its capabilities to more rapidly report large and suspicious transactions, to monitor and analyze suspected money laundering, focus more of its attention on account identity verification, as well as to implement other risk prevention and control tools.

Payment processors failing to deliver on those requirements would be seriously held accountable, according to the bank’s recent announcement.

Analysts noted that it is difficult to determine the “exact scope of the subject matter” and whether China’s renewed interest in cross-border gambling-related transactions specifically targets Macau.

JP Morgan analysts DS Kim, Derek Choi, and Jeremy An said in a note that the clampdown could also be targeting online casino operations from the Philippines and Cambodia.

The Chinese government has also been looking to crack down on the promotion of illegal gambling and other unauthorized content by the nation’s social media influencers. As part of that effort, China’s Ministry of Public Security announced a coordinated initiative in collaboration with other ministries for a six-month period of “rectification and standardization” of the country’s webcast industry.