He is an exciting prospect who made quite an impact when winning on his debut in this country at Newbury at the end of December. He looks as though he has improved at home since then and I’ve taken off the hood he wore at Newbury because he doesn’t need it. We are trying him in a tongue tie at the suggestion of Harry Cobden.

Although he has yet to win this season he is a horse with a big future, is progressing nicely and has gone close on both starts this winter. We know the family well and he will relish this step up in trip to three miles at Newbury. The timing of this race looks ideal for Southfield Harvest ahead of the Pertemps Final at Cheltenham which has long been the plan for him.

Clan Des Obeaux is back and the one to beat

Clan Des Obeaux has run two really solid races this season but had a harder race than ideal first time out in the Betfair Chase at Haydock. Things then didn’t work out for him in the King George VI Chase but he still ran a super race in finishing third to Frodon.

I thought Clan did amazingly well to stay on into third from an unpromising position a mile from home after an untimely mistake put him on the back foot. He’s in top form at home and looks the one to beat in this.

Secret Investor was second to Native River in this race a year ago, goes well fresh and comes here in good heart. Strictly on ratings he has got it all to do but you can be sure he will run his usual solid race.

Greaneteen will stay on strong at the end

We run two including Greaneteen who I’ve kept for this since he finished an excellent second to Politologue in the Tingle Creek at Sandown. Greaneteen earlier showed the right attitude when winning the Haldon Gold Cup at Exeter in November, is pleasing at home and should run well. He will be staying on strongly at the finish and is likely to be stepping up to two-and-a-half miles at some stage. 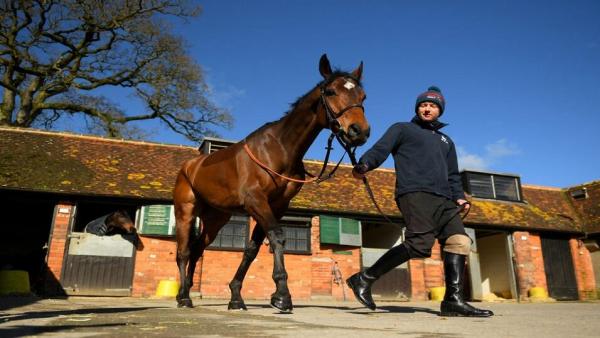 Given his lofty handicap mark Magic Saint needs to be running in this type of Graded race and this should put him spot on for the Queen Mother Champion Chase at Cheltenham. A strongly run race at two miles plays to his strengths and he has winning form at Newbury.

Finding races for Dolos is not easy because he is at the wrong end of the handicap on a mark of 159 after a series of fine runs. He again performed with great credit under a big weight at Sandown a fortnight ago, when he came tantalisingly close to winning the same Class 2 handicap Chase for the third successive time. He has been in good form at home since then and will run his usual honest race in the Game Spirit.

Friend Or Foe leads my trio in Betfair Hurdle

Friend Or Foe has shown a fair bit of improvement this season but is paying the price now. He was racing off a mark of 128 when he won at Wincanton in December and is now up to a mark of 146 which seems harsh. But Friend or Foe is in good shape, will love the ground and is proving very consistent. He is due to run in the Kingwell Hurdle at Wincanton on Saturday but if rain there makes the ground really testing then he could switch to Newbury.

*Please Note: Friend Or Foe is now a non-runner

Thyme White won in great style on his return to action at Chepstow in October and was travelling strongly when badly hampered and losing his jockey Harry Cobden just after the second last flight at Newbury. I’ve been waiting for slightly better ground for Thyme White so I am hoping for a dry week for him. There is a big race in him.

Wild Max has won his last two starts and our impressive conditional Angus Cheleda keeps the ride after getting a good tune out of him last time at Doncaster. Wild Max is creeping up the weights so it helps that Angus takes a very handy 7lbs off his back.

Enrilo’s chance to back bounce back

Enrilo beat Darlac at Exeter before a below par run behind Shan Blue at Kempton on Boxing Day. For some reason he wasn’t quite on his game that day and he did have an infection in a tooth afterwards. We have sorted that out and this looks a perfect race for Enrilo to get back on track over fences. 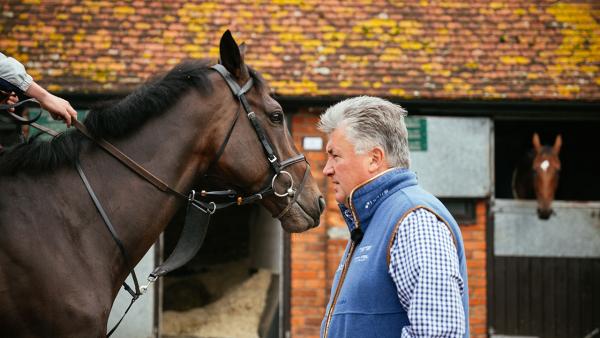 He won smartly on his racecourse debut at Plumpton early in December, taking up the running two furlongs out and keeping on stylishly. The form of that race is looking better and better with the third and fourth horses both winning since then and the fifth forcing a hotpot of Nicky Henderson’s to dig deep at Newbury. I’m really looking forward to seeing how Gelino Bello gets on in this competitive bumper which has been won by some classy horses in the past.

Uttoxeter trip is just the ticket

She won two mares’ chases in Ireland last season including a Listed event at Naas and has shaped nicely on both starts since joining us in October. She was second to a good mare last time at Leicester and this trip of two-and-a-half miles looks just the ticket for her. While this looks a tough enough task for Cut The Mustard I expect her to run well.

Wolves can cause Man City problems
39 mins ago

Trump Hints at 2024 Run During CPAC Speech, Election Odds Improve to +683
2 hours ago