Colorado could allow higher gambling limits as early as 2021

In many regards, Colorado is a trendsetter. It is often more willing to introduce changes that other states may consider controversial, and with good results. The gaming scene in the state has performed well over the years and, as it introduced sports gambling, Colorado immediately proved how lucrative the activity could be in a very short amount of time. In light of what appears to be a more responsible and mature market that seems to be operating much more efficiently than gambling opponents had anticipated, state residents may vote on allowing higher gambling limits this November. 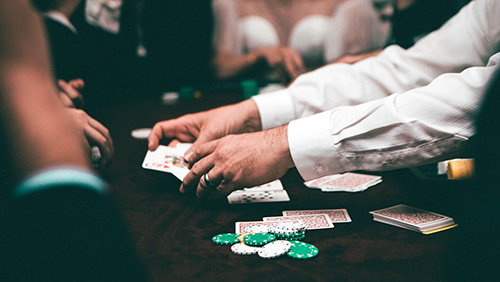 A campaign group that wants to increase gambling limits, Local Choice Colorado (LCC), has successfully received enough signatures on a petition to put the question before voters this November. It only needed 124,632 signatures for its measure to be considered, but ultimately picked up over 200,000 that it turned into the office of Colorado’s secretary of state, Jena Griswold. Those signatures have to be validated by the office and, if confirmed, LCC will see its efforts pay off.

At the center of the measure, Initiative 257, is the manner in which gambling limits, to a certain degree, are controlled. There will always be state-level involvement; however, LCC is asking Colorado voters to give up some of that control and allow the cities that host casinos – Black Hawk, Central City and Cripple Creek – to allow their residents to set the limits. The measure would also give those residents the ability to approve the addition of more gambling options at their discretion.

If the initiative makes it to the ballot and is subsequently approved, it would pave the way for the biggest changes seen in the gaming space, other than the launch of sports gambling this year, since 2008. Previously, the limit on a single casino bet was $5, and this was raised substantially in 2008 through a voter-approved referendum, Amendment 50, that allowed up to $100 per bet. That same measure facilitated increased operating hours and new gaming options, and had been approved by 59% of the voters who made it to the polls that year.

There is no cap established by LCC’s petition; however, the casino-hosting towns wouldn’t jeopardize their status by implementing ludicrous limits. The idea is to be able to recover the economic losses incurred from the presence of the coronavirus, which has decimated the gambling industry everywhere. Cities and towns that have relied heavily on gaming activity are suffering more and will continue to suffer as recovery moves slowly.

To put things into perspective, Las Vegas has an accepted single bet limit of $10,000 at most tables – a small handful of tables around the city offer $15,000 and even $50,000, but those are rare. South Dakota has a $1,000 limit. To increase the $100 wager limit would not only begin to help the Colorado cities recover financially, but it would also allow the entire tourism industry to get a boost, as the gaming scene would become hotter than ever.