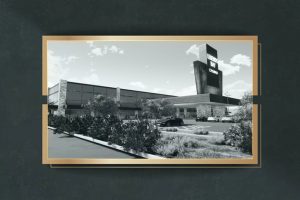 Nevada-based casino developer and operator Olympia Gaming on Wednesday broke ground on Legends Bay Casino in Sparks, a project that has been more than a decade in the making.

The gambling venue is anticipated to open doors in mid-2022. Aside from slot machines and table games, it will also feature a sports betting facility as well as dining and entertainment experiences.

Property officials told local news outlets that the new casino will be seamlessly integrated into the existing The Outlets at Legends shopping and entertainment center. The entire property is located just off Interstate 80 and approximately six miles from Reno-Tahoe International Airport in Sparks.

Olympia Gaming, the gambling division of Olympia Companies, teased that groundbreaking was imminent in February. The company planned to commence construction at some point in 2020 but put those plans on hold due to the Covid-19 outbreak and the closure of non-essential businesses in Nevada.

As state lawmakers began to gradually relax measures, the developer decided that it was finally a good time to move forward with the project.

Of Wednesday’s groundbreaking, Olympia Gaming Chief Operating Officer DeCourcy Graham said in a statement that after successfully completing phase one of their scheme with the launch of the Hampton Inn & Suites by Hilton and the Residence Inn by Marriott, they “are now in a position to begin the next phase of development.”

The official also thanked the City of Sparks and RED Development “for helping bring this project to reality” and further outlined a plan to “build a project that the community will be proud to call their own.”

Olympia Gaming first proposed to build the casino as part of a larger complex in 2008. The shopping and entertainment portion of the larger scheme was launched in the following year, but the casino plan was put on hold due to the recession.

In 2010, the Sparks Planning Commission gave Olympia Gaming approval for a special-use permit for its project. The hotel portions of the development scheme opened in the following years with more than 200 rooms and suites.

Legends Bay Casino will be the first casino in the Reno-Sparks metropolitan area to be raised from the ground up since the mid-1990s.

As per the developer’s site, it will have an “energized casino floor” with an array of slots and table games, a state-of-the-art sportsbook, fine dining and casual dining outlets, a live entertainment venue, easy access to the accommodation options at Hampton Inn & Suites by Hilton and Residence Inn by Marriott as well as to a surface parking, and access to multiple retail, dining, and entertainment options at Outlets at Legends.

As mentioned above, the gaming portion of the larger development scheme is expected to open doors for locals and guests of Sparks in mid-2022.