Braeside is a grand horse who I hope will make up into a decent handicapper over three miles or even further. He would have needed his first run of the season at Kilbeggan last month but even so I was expecting a little bit more from him and he will have to step forward if he is to get involved in what looks a much better race. He jumps, stays and will handle the ground but this does look a hot race.

Coko Beach should enjoy the ground and I think this trip will be fine for him this season. He doesn’t kill himself at home so I’d say he is likely to need this first run of the season but he is quite a talented sort on his day and he has run well at the last two Cheltenham Festivals. At home he looks to have taken well to fences and the switch to chasing might even have brought about a bit of improvement in him. Hopefully he will run well but there will be better to come from him following this run.

Pencilfulloflead is a lovely horse who I have always had a lot of time for and I am hoping we will see the best of him now that he goes chasing. He showed a good level of form in bumpers and over hurdles last season but he didn’t show his hurdles a lot of respect at times which didn’t help. I’m happy with how he has schooled over fences and he looks to be going nicely at home so I’d like to think he could get involved at the finish.

Tough to be confident about either

Minella Till Dawn got his act together a bit last season when he won a handicap chase at Cork and was placed in a couple of other reasonable events. I am hoping he can go on this season and get competitive in some decent handicaps but he has to step forward if he is going to do that. He seems in good shape at home but he is a horse who tends to come on plenty from his first run of the season. 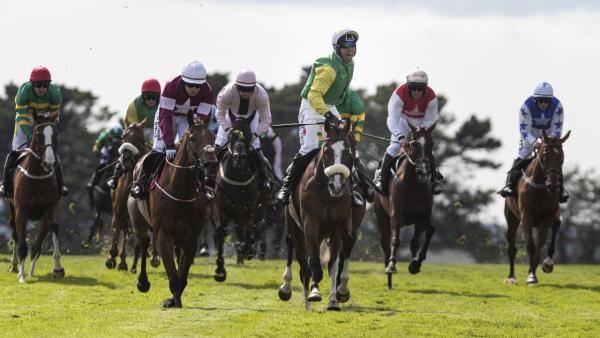 Minellafordollars is a lightly raced horse who showed plenty of potential earlier in his career and the form of his bumper and maiden hurdle wins reads well. He has struggled a bit since going chasing though and he was well beaten at Killarney a few months ago on his comeback. He has plenty to do in his first handicap chase and I’d say he is up against it.

Big more spark last time but he needs to do better

He’s been a disappointing horse over the last year and I’ve been struggling to get him to run to anything like the level he showed as a young horse. I did think that he showed a bit more spark at Downpatrick last time but that was at a modest enough level and he is going to have to do better here. It would be nice to see him string a couple of reasonable runs together as it would give us something to build on.

Lovely prosecpt and should give a good account today

He’s a lovely horse who we bought out of Nicky Henderson’s during the summer. He won three of his four starts for Nicky and showed a good level of form and he looks a lovely prospect for the future. He is going to improve for this run but I’m happy with what he shows at home and he looks to have a lovely, relaxed attitude towards things. This is his first time at the trip but he looks like a horse who will stay well. There’s a few horses in here with big ratings but I’d like to think our horse will be capable of giving a good account of himself.

Coqolino should go close in this

Coqolino is a lovely horse who looked very good in winning his point-to-point last December and I thought he’d take plenty of beating in his bumper in March but he seemed to have no excuses in being beaten 10 lengths into second by Bob Olinger. I haven’t lost any faith in him though and he looks to have done very well over the summer. I’m hoping he will make into a very smart hurdler this season so he should go close here.

Foxhole was with us last season but things came to a halt before we could get a run into him. On his only previous start he struggled in a Punchestown bumper but that was over a year and a half ago and he’s been given plenty of time to mature and come to hand. He jumps fine and has been working to a solid standard so we’ll get him started and see what route we take with him this season.

Jackman has improved and could be hard to beat

Mr Jackman has already had a very good season for us. He won two bumpers in the summer and then came back from a break to run a good second in a Punchestown maiden hurdle over this trip a few weeks ago. I thought he did everything right at Punchestown and the form of that race looks decent enough now as the winner went on to win a Listed race next time. I think our horses has improved since then which will hopefully make him hard to beat. 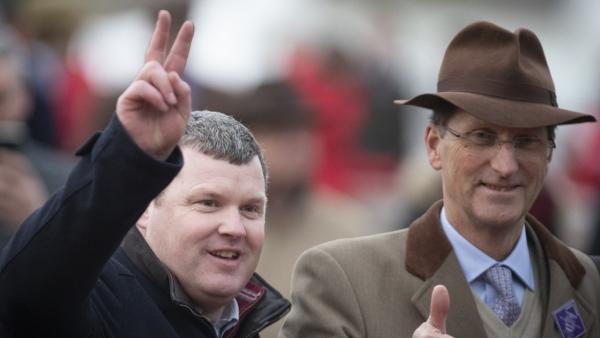 Crackaway ran quite a nice race at Tipperary a few months ago when he was third, albeit well beaten, behind a very good mare of Willie’s in Finest Evermore. He ran poorly back at this track a few weeks later but I think the ground was too quick for him then and back on slower ground over a longer trip he will hopefully run to a level that was more in keeping with what he showed at Tipperary.

Best watched if she gets in

She did show promise in a couple of bumpers but it has been a struggle for her since she went hurdling and she was well beaten here just under two months ago. She looks to me like a mare who wants this sort of trip and hopefully she can take a step forward now that she moves into handicaps but she might just be best watched for the time being.

Better than he has shown and has a chance

He has been a disappointing horse and I felt that he would have won long before now. As he wasn’t getting any better over hurdles we switched him to fences at Sligo last time and I thought his run there was encouraging. He travelled well and jumped well and looked to have a good appetite for chasing so I’m hoping that will continue into this race. He’s got an each-way chance and he is a horse with more ability than he has shown on the track.