This will be the second edition of the Corales Puntacana R & C Championship in seven months after last year’s edition was switched to September due to the pandemic. It didn’t feature at all on the 2019-20 schedule, but it appears twice on this season’s.
.
The Corales Puntacana R & C Championship is an opposite field event in the same week as the WGC Dell Matchplay – which I’ve previewed here.

This will be the sixth edition of the Corales Puntacana R & C Championship but it’s only the fourth time it will feature on the PGA Tour. The first two editions, won by Dominic Bozzelli and Nate Lashley, were held on the Korn Ferry Tour.

The Corales Puntacana R & C Championship is the first event on the PGA Tour to be staged in the Dominican Republic.

Six holes play alongside the Caribbean, culminating in the three-hole “Devil’s Elbow” finishing stretch that showcases a dramatic forced carry over the Bay of Corales at the 18th. Each of the three holes averaged over par in 2019 and although the par four 18th averaged only 3.97 in September, the three holes combined collectively averaged +0.18 of a stroke over-par. 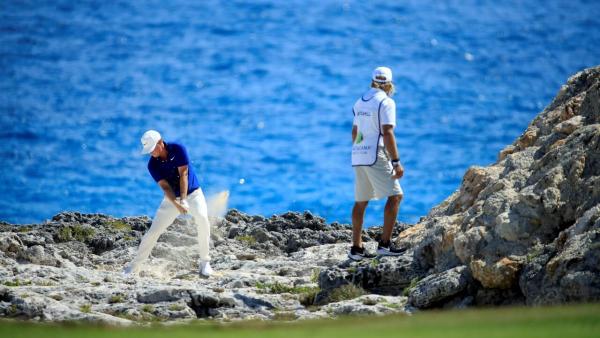 The Corales Course is a very long Paspalum course with wide, flat, generous fairways and despite its length, it’s an easy course for touring professionals. The greens will be slow (no more than 11 on stimpmeter) because of the course’s proximity to the coast and its only real defence is the wind.

Three players shot 10-under-par 62s in the inaugural edition and the winner, Brice Garnett, opened up with a nine-under-par 63 in 2018. Graeme McDowell fired back-to-back 64s in rounds two and three to win in 2019, so low scores are out there if the wind doesn’t blow too hard.

No coverage in the UK

What Will it Take to Win the Corales Puntacana R & C Championship?

Swafford only ranked fifth for Putting Average whereas the other two both ranked first but Swafford didn’t make a single three-putt all week and the last three renewals have all boiled down to how many birdies and how many putts were made so it’s basically just a putting contest.

A number of PGA Tour events are staged at courses similar to this. The Sony Open, the RBC Heritage and the RSM Classic are all held on coastal, wind-affected tracks but the tournaments that correlate the best are the Mayakoba Golf Classic and the Puerto Rico Open.

The 2019 winner, McDowell, in addition to his US Open win in 2010, at another coastal course, Pebble Beach, has only won two other PGA Tour events – the RBC Heritage and the Mayakoba Golf Classic and Swafford gave the Sony link a boost last year. He’s finished inside the top-10 at Waialae three times.

If you fancy digging even deeper, Garnett’s two Web.com Tour wins came at the Utah Championship and the Portland Open and looking at the top-10s at those two events, plenty of the same names keep appearing, so they look like worth checking out too.

Last week’s Honda Classic is another event played at a similar venue and one last event to consider is the American Express, won by Si Woo Kim in January. Swafford and the third-round leader in September, Adam Long, have both won that particular birdie-fest.

The inaugural winner, Dominic Bozzelli, was in his mid-20s but the last four have all been in their mid-to-late-30s and the last three winners, since the tournament was elevated to a PGA Tour event, have all been outsiders. G-Mac and Garnett were 80.079/1 chances before the off and Swafford was matched at a high of 370.0369/1 before going off at around 300.0299/1.

Swafford led after rounds one and two before being headed after round three but he sat solo second through 54 holes, trailing by just two, and Garnett shot the lowest round of the week on Thursday and was never headed after that in 2018. But a slow start has been overcome in all of the other three editions.

Dominic Bozzelli sat tied for 45th after the opening round, Nate Lashley was tied 53rd, and G-Mac was matched at a high of 230.00229/1 after his first round 73 had seen him trailing by seven in a tie for 81st! A slow start is clearly not the end of the world and I wouldn’t get too alarmed if your picks aren’t right up with the pace straight away. 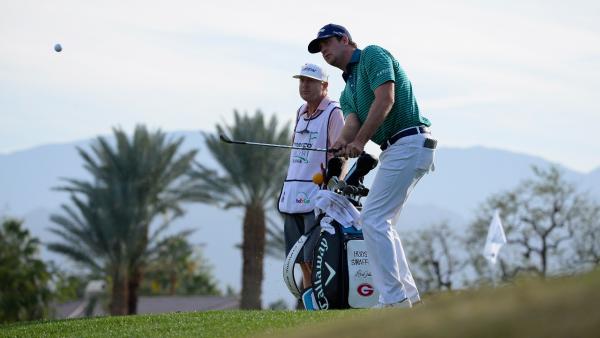 Bozzelli was still four back at halfway but he’d moved up to fifth and Lashley was eighth and still five adrift through 36 holes in 2017 but G-Mac moved all the way up to seventh and only three off the lead after the first of two back-to-back 64s in round two. Bozzelli was tied for the lead through 54 holes, before going on to win by four. Lashley won by a solitary stroke, having trailed by two with a round to go, and G-Mac went on to win by a stroke, having led by a stroke, but it was far from plain sailing.

G-Mac birdied three of the first four holes before adding a fourth at the par five seventh and his price plunged to less than 1.330/100 but victory wasn’t as straightforward as it looked like it might be.

A bogey followed at the par three ninth before he parred the next seven holes in a row and it looked like he was going to be beaten. Canada’s Mackenzie Hughes, who contended again in September, threatened to post a score from off the pace but he bogeyed the last, and it was left to Chris Stroud, a pre-tournament 160.0159/1 shot, to push McDowell the hardest.

Back-to-back birdies at 14 and 15 saw the 37-year-old Texan hit the front and he was matched at a low of 1.341/3 but he bogeyed the last two holes as McDowell finished birdie-par to win by one.

In an event for outsiders, none of the market leaders make any appeal.

Tournament favourite, Charley Hoffman, who finished 14th on debut in September, is a winner of the aforementioned Mayakoba Golf Classic and he’s been creeping into form of late but he hasn’t won in five years and I’m more than happy to serve him.

Emiliano Grillo is an absurdly short price again given only reasonable recent form and course form figures that read 50-21. The thoroughly unreliable Thomas Pieters is an equally poor price on his event debut.

I wouldn’t have thought there was much to choose between the profiles of the favourite, 44-year-old Hoffman, and the man that won the Mayakoba Golf Classic 12 months after him – 45-year-old, Pat Perez. 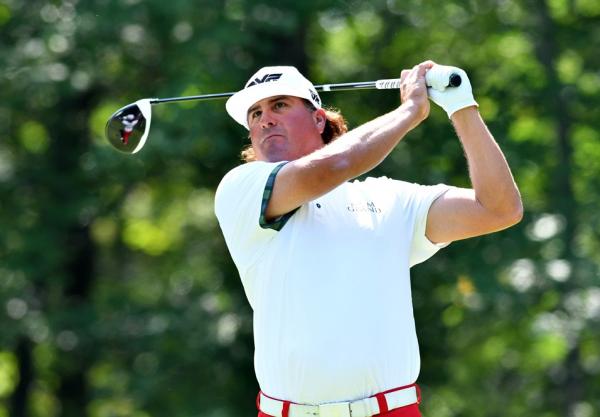 Hoffman has four PGA Tour wins and Perez has three. Perez finished only 21st on debut here in September, whereas Hoffman finished 14th.

Like Hoffman, Perez has been showing signs of life of late and he putted nicely at the Honda Classic last week where he finished tied for 46th, ranking 10th for putting Average and 12th for Strokes Gained Putting. I thought he was fair price at an industry-best 70/1 with seven places with the Sportsbook.

I’ll have one or two big outsiders for the Find Me a 100 Winner column later but for now, my only other selection is Camilo Villegas who finished an extremely encouraging eighth at the Honda last week.

With the tragic loss of his young daughter last July, golf has been on the backburner for a very long time for the talented Colombian. This will be his first appearance at this event but it should suit him nicely. Odds of around 70.069/1 look more than fair for such a talented player after last week’s effort.