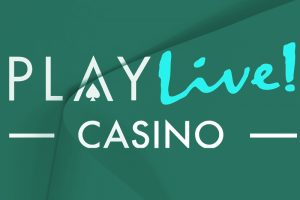 The company announced Monday that its division Cordish Gaming Group has launched its PlayLive! branded online casino in Pennsylvania.

The site has gone live ahead of the launch of the company’s two casinos in the state – Live! Casino Pittsburgh and Live! Casino & Hotel Pennsylvania. It should also be noted that PlayLive! has become the first branded casino site to have been rolled out in the Pennsylvania iGaming market ahead of the opening of its affiliated brick-and-mortar gaming venues.

PlayLive! was developed and is powered by gambling software provider GAN Limited. GAN is headquartered in London, but it has mostly focused its efforts on expanding in the US regulated iGaming market by partnering with a number of land-based casinos interested to venture into the digital gaming space in states where online casino-style gambling is legal.

PlayLive! is the second new online casino to have been rolled out in Pennsylvania this month. Earlier in August, Wind Creek Hospitality, the owner of Wind Creek Bethlehem, launched a gaming website powered by Pala Interactive. The latter has also provided Wind Creek Hospitality with its player accounts management system.

What Games Does PlayLive! Offer?

The new PlayLive! online casino offers more than 100 online slots, including classic titles like Crazy Money and Wheel of Fortune and hit online games like Gonzo’s Quest, Starburst, and Twin Spin. In addition, the site features a variety of table games, including blackjack, baccarat, and roulette. Cordish Gaming and GAN have promised to add new games regularly.

Players will also be able to play a number of jackpot games, including NetEnt’s Divine Fortune, which has become an absolute smash-hit in Pennsylvania where several players have hit six-figure jackpot prizes on the popular slot.

In future, the PlayLive! site will be serving as a hub for residents of Pennsylvania to join a nationally-recognized customer loyalty program. Live! Rewards will be free to join and all players that register will get a Classic (Red) Live! Rewards Card. Members of the loyalty program will be treated to a wide variety of unique perks and benefits on both PlayLive! and across Live! Casino properties.

Commenting on the launch of their online casino, Cordish Gaming Group President Rob Norton said that the site illustrates their ability to “enhance the traditional launch timeline of our new casino projects” and will provide a sneak peak of their brand and what it intends to offer to the future guests of the company’s two casinos in Pennsylvania.

Live! Casino Pittsburgh is slated to open doors in late 2020, while its larger sister property in Philadelphia is scheduled for early 2021 launch.

Spezia to produce something special
29 mins ago

Who were the best forwards of the 90s?
2 hours ago