Crown Resorts is finding itself in a losing battle, and it might need a miracle to recover. After being targeted for the past several years for not living up to its legal and moral responsibilities, all hopes of launching gaming operations at its new $2.2-billion casino in Sydney, Australia, next month have now been crushed. Facing an extensive inquiry into how it managed to allow war criminals to gamble at its casinos and how duffle bags of large sums of money could be exchanged for chips with no questions asked, Crown has already been deemed “unsuitable” for a gaming license pending a final ruling. Now, Independent Liquor and Gaming Authority (ILGA) Chairman Philip Crawford has decided that he is “not comfortable” allowing the casino operator to take on more gambling responsibility at the new Crown Sydney next month. 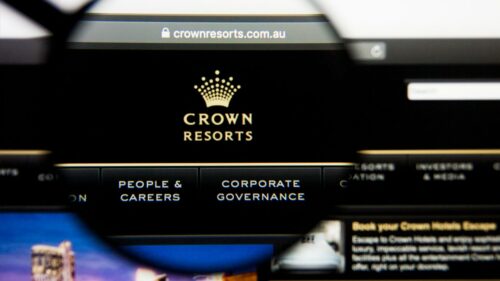 Suspecting that trouble was right around the corner, Crown just cut ties with all junket operators in an attempt to appease gambling regulators in Australia. However, it was too little, way too late, and the company will now have to wait to see what happens with the still-ongoing inquiry. At the center of the long-running investigation, Crown has been accused of turning a blind eye to real and perceived money laundering, which has now been confirmed by the company’s lawyers. They admitted that two bank accounts controlled by Crown were used to launder money gained through criminal activity, according to The Sydney Morning Herald.

In denying Crown’s request to introduce gaming to the new property in Barangaroo, a decision that was made during an emergency meeting by the ILGA today, Crawford explained that he was disappointed that Crown didn’t proactively volunteer to put off the venue’s opening in light of the ongoing investigation and added that there were too many question marks surrounding the company’s activities. He explained, “We’re talking about – potentially – drugs, we’re talking about child sexual exploitation, we’re talking about people trafficking and we’re talking about financing terrorism.”

As a result, Crown will have to remain in a holding pattern until next February. That’s the deadline for Commissioner Patricia Bergin to provide her final decision on Crown’s fate and, if her comments during this week’s meeting are any indication, the future doesn’t look very bright for the long-standing, and once respected, casino operator. She showed a great deal of concern over the company’s ability to engage in above-board operations on several levels, and the fact that Crown’s legal team tried to come clean about the alleged money laundering, after having a year to own up to its shortcomings, incensed her even more. The lack of proper legal guidance was of “very serious concern” and is “the face of an inquiry – the seriousness of it cannot be understated,” stated Bergin. She added, “It is a most serious development.”

Ahead of the ILGA’s ruling, Crown had already suspended its trading on the Australian Securities Exchange. It still plans on opening the new Barangaroo property next month, but will do so without any gaming options. The company explained in a statement, “Crown will focus on opening the non-gaming operations at Crown Sydney, in consultation with ILGA, in the absence of the commencement of gaming operations.”

Pochettino should be cautious before taking PSG job
2 hours ago