Three nice mares all have their chances

Unfortunately Daylight Katie just hasn’t been the easiest to train since she won her Grade 3 at Down Royal in November 2019 and we’ve only got to run her once since then which was at Punchestown in November when she would have needed the run. I’ve just had to go softly with her but she’s in good shape and I’m happy with her. She’s a mare with a big engine and even though she lacks experience and a recent run I could see her showing up well.

Tintangle has plenty of ability but she does have her own ideas about things. We also tried fences with her but as time went on she wasn’t enjoying herself over fences so we took the decision to bring her back to hurdles at Navan in December when she ran a lovely race in a decent handicap hurdle to finish third. I think she can progress on that form and her old form over hurdles would tell you that coming back to this trip will not be a problem so it wouldn’t surprise to see her run well.

Felicidad won first time out for us at Listowel in September but then ran very flat at Limerick a few weeks later so she has been given a good break since then and she looks to be in good form. Whether she can hold her own in a handicap like this is another matter but I thought after Listowel that we had a nice mare on our hands so I wouldn’t put anyone off backing her as she could have a little each-way chance.

I’m really looking forward to seeing him back on the track as it seems like a long time since he won at Down Royal at the end of October. He’s a lovely horse and I’ve been delighted with what he has shown on his two runs for us this season. Obviously he is taking a major rise in class for this but we are lucky enough to have some good juveniles in the yard to measure him by and I think he is up to holding his own at this level. He is in good shape and going nicely and I’m expecting him to be right there at the finish.

Ballyadam on a retrieval mission

Ballyadam won the Grade 1 Royal Bond Novice Hurdle on his second start and from the outset of the season I hoped he might make up into one of the leading novice hurdlers in the country. He did not run well here at Christmas time though so he is coming here on a retrieval mission. I’m happy enough to put a line through his run at Christmas as he never looked happy and didn’t finish out his race at all so hopefully he will do much better here but I’m under no illusions about the task facing him as this does look like a high quality edition of this race.

Wide Receiver might have been a little frustrating to follow on his first few runs over hurdles but he showed very solid form and then stepped forward to win a maiden hurdle in good style here at Christmas. He’s a talented horse who enjoys better ground so I could see him progressing well throughout the spring and I think he can certainly improve on his current rating of 130. I give him a chance.

Magic Tricks is a nice young horse and won well on his hurdling debut at Navan. I was hoping for a big run from him in a Grade 2 at Punchestown last month but he seemed to be struggling from a long way out and he was disappointing. I think he is much better than he got to show at Punchestown which is why he is running here but he is going to have to improve dramatically to play a part in the finish of this race.

Assault could run well if putting it all together

Cracking Smart is a horse with plenty of ability but is very hard to predict and he has turned in a couple of moderate efforts this season. However, he does tend to come into his own in the spring and he has shown before that he can run well in big handicaps as evidenced by his fourth in last season’s Coral Cup. It would be a leap of faith to back him for this and his last two runs leave him with plenty to do but if he happened to be on a going day he will run well.

Frontal Assault is a thorough stayer so he will relish every yard of this three mile trip. He’s not a bad horse but he’s inclined to race lazily which is why we have put the blinkers on him to sharpen him up. His jumping also needs to sharpen up a bit and he can’t afford to make too many mistakes in a race like this. I do think if he puts it altogether that he could run a decent race and the light weight will aid his cause too.

Andy Dufresne has made a bright start over fences, winning a useful beginner’s chase at Wexford before following up in a Grade 3 at Navan in early December. Both of those runs came over two miles but all season I’ve been looking forward to moving him up in trip as I think he will be at his best at around two and a half miles. He is taking a big step up in class here and he is going to have to be at his very best but I think there is more to come from him and with conditions looking ideal for him I could see him running a big race.

Conflated struggled behind Monkfish in a Grade 1 last time and looks to be up against it once more but I’m not convinced he was at his best that day and the three mile trip might have stretched him too. Previously he won well at Navan over two and a half miles and at this sort of trip I think he is capable of some very smart form. Obviously he has it all to do on his last run but I could see him posting an improved effort here.

Disappointed if Delta Work isn’t involved in the finish

Unfortunately Delta Work came down relatively early on in the Savills Chase last time so we never got a chance to see what he could do that day. He has been in great form since then though and I’m really happy with him coming into this race. He won both of the big Grade 1 chases over this course and distance last season and Leopardstown does seem to bring out the very best in him so I could see him running a big race.

He’s had a very light season which might stand to him in the spring and I know that at his best at this track he is a match for any of the top staying chasers so don’t be at all surprised to see him bounce back. I’ll be disappointed if he’s not closely involved at the finish.

This race wasn’t part of the plan for The Storyteller who is on course for the Stayers Hurdle at Cheltenham. However, it’s a small field and he’s been in great form over fences this season so we felt it was worth letting him take his chance and the ground on the chase course doesn’t look too bad at all which will be a great help to him. I know he has it all to do against horses of this quality but he’s been in the form of his life this season and it just wouldn’t shock me to see him run well.

Farclas probably the pick of my quartet

Chosen Mate has plenty to do off top weight over a trip that stretches his stamina. However, he is in good form and I thought he showed plenty of promise in the Dan Moore last time. Ideally I’d have run him in the two mile handicap chase on Saturday but his rating was too high for that race and I was keen to get another run into him before Cheltenham so this race fitted the bill. The trip is a concern for him but if he did happen to last home it would give us more options with him.

Farclas ran very well in the Paddy Power at Christmas when he was third to Castlebawn West. I thought he ran a very solid race that day and he showed there that he should be able to win a good handicap chase at some stage this season. This race looks ideal for him and the slight drop in distance won’t be any problem at all so I’d expect a big run from him provided he enjoys a trouble free run through the race. 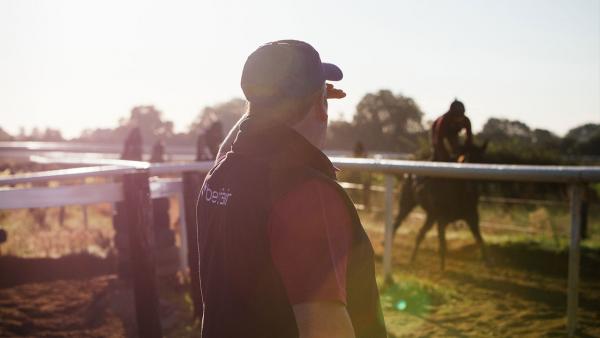 Aforementioned won the Munster National for us earlier in the season. He has since struggled in two higher class handicaps but I think he shaped a bit better than his final position in the Paddy Power would suggest last time as the race just did not suit those who were held up off the pace. He has it in him to run well but this looks one of the hottest handicaps of the season and everything would need to fall right for him.

Braeside has yet to win over fences but he has run some very creditable races in defeat, the most recent of which saw him chase home Fils D’oudairies in a rated novice chase at Navan a couple of months ago. That run and his placed effort behind Pencilfulloflead at Galway in October are decent pieces of form and suggest that he could hold his own in quality handicap chases. This trip may be a little on the sharp side for him but if he can get comfortable in a reasonable position early on I could see him running a big race.

A very strong bumper but I can see both running well

Hollymount came to us just last week after being bought from Stuart Crawford’s yard following an impressive bumper win at Carlisle a couple of months ago. She is taking a huge rise in class here and she’s a mare we are just getting to know but I can say that she has settled in well here and she worked well during the week. I could see her showing up well in what looks a top class mare’s bumper.

Party Central came to us after winning at Tipperary in October and I was very pleased with her first run for us at Navan the following month when she was second to a quality mare of Joseph O’Brien’s in a Listed bumper. She’s a nice type with plenty more to offer and I could also see her running well. I think she will enjoy better ground throughout the spring so I just hope the ground isn’t too soft for her.