DJ favourite with DeChambeau and Thomas backed too

“DJ faces a challenge from younger rivals including US Open champion and Augusta second-favourite Bryson DeChambeau 12.5 who will be determined to improve on his tied-34th finish last time around.”

Dustin Johnson is the favourite to win the US Masters just four months after he stormed to a five-shot victory in the delayed 2020 tournament.

The first Major of 2021 takes place at Augusta from 8-11 April and we’ll have in-depth previews covering all angles of the betting in the build-up.

Steve ‘The Punter’ Rawlings will be live-blogging across the four days so make sure you follow him for the latest.

The world number one is 10.09/1 to become the first player since Tiger Woods to win the Green Jacket in successive years.

Victory at Augusta would give Johnson his third Major and cement his status as the sport’s leading light.

But he faces a challenge from younger rivals including US Open champion and Augusta second-favourite Bryson DeChambeau 12.5 who will be determined to improve on his tied-34th finish last time around. He was backed in earlier this month after winning the Arnold Palmer Invitational earlier this month.

Another recent winner, Justin Thomas 13.5, comes next in the outright winner market after taking the Players Championship (aka ‘the fifth Major’) a couple of weeks ago. Thomas won the US PGA in 2017 but John Rahm 15.5 (pictured below) is seeking his first Major. 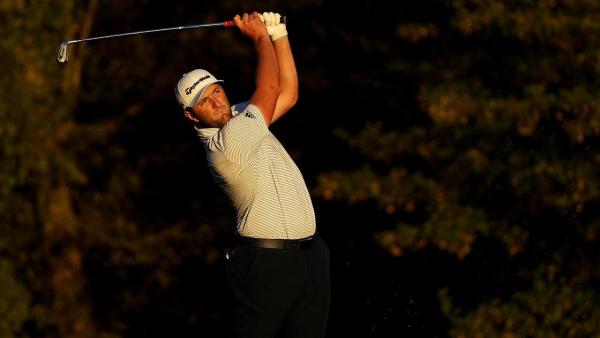 Bettors think the Spaniard has the best chance of becoming the first European player since his compatriot Sergio Garcia triumphed here four years ago.

Rory McIlroy 17.5 has finished top-10 in six of the last seven years but he has never won the Masters. It is, in fact, the only Major that has eluded him and he’d love to land his first since 2014 (at the US PGA).

Lee Westwood, who has finished second on two occasions (2010 and 2016), is into to 44.043/1 from 80.079/1 after a run of good form saw him come agonizingly close to victories at the Arnold Palmer and Players Championship.