Do you believe in fate?

There are six meetings for us punters to get our grubby little mitts into and claim some cash today with action from Leicester, Windsor, Pontefract and Lingfield in the UK, while Ireland saddle up at Gowran Park and Listowel.

Fate has a way of opening the door to greatness 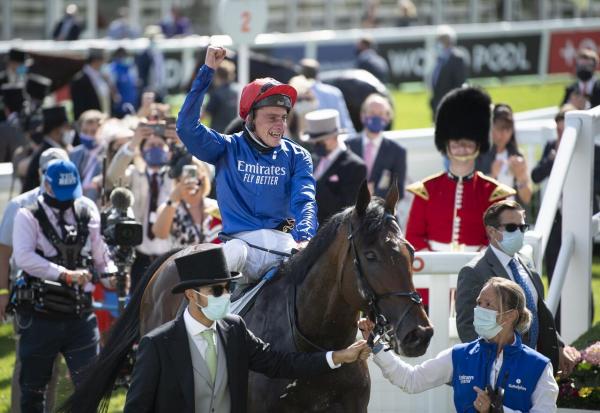 Win or lose, if you didn’t have a big smile on your face come 16:45 on Saturday, are you even a racing fan?

Adam Kirby flipped the bird to anyone who doubted his ability, including those that jocked him off John Leeper in favour of Frankie Dettori as he blitzed his rivals on 16/1 shot Adayar to land the Cazoo Epsom Derby by four lengths.

Removed from the fancied John Leeper midweek, trainer Charlie Appleby kindly gave back the jockey’s intended ride after hearing the news that he had fallen out of favour with the Leeper camp.

The drama continued as Adam and Adayar were given a huge blow by being drawn in stall one – the coffin box.

But he slapped the statistician’s straight in the chops and, alongside fate, claimed the smallest of gaps up the inside rail to seal a runaway victory on the horse he broke-in as a yearling.

Sometimes fate has a way of rewarding those that work their socks off – incredible stuff and congratulations, Adam Kirby!

All roads could lead to the Doncaster St Leger for Adayar, for which he is 7/2.

Fav Bolshoi Ballet suffered a hind leg injury and can be backed in the same market at 10/1 – although stamina has to be a big question for that contest. Instead it could be Royal Ascot next in the King Edward VII Stakes for which he is also a 10/1 chance. 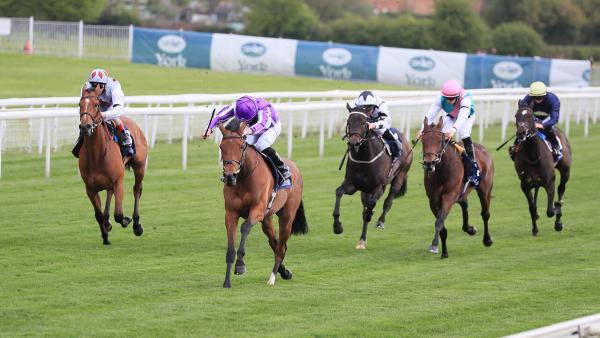 Snowfall, backed up her impressive York victory (above) with a scintillating 16 length demolition job in the Epsom Oaks on Friday, and is now as short as 5/1 for the Prix de l’Arc de Triomphe – She looked outstanding!

While Pyledriver won the Coronation Cup despite not looking to handle the track at the expense of Al Aasy and looks excellent value at 6/1 for the Hardwick Stakes at Royal Ascot if you fancy it – I do!

Eight-year-old, Oh This Is Us 18/1 gets a worthy mention after landing me a cool couple of G’s! He claimed his first Group victory on Saturday in a desperate finish with Century Dream in the Group 3 Diomed Stakes.

The battle-hardened miniature horse got his just deserves after being remarkably consistent for trainer Richard Hannon in another heartwarming story of the excellent Epsom Derby Festival.

Timeform in search for Monday money at Leicester

Timeform is looking to start the week on a high and offer out their three best bets!

As you know by now, Monday nights belong to Windsor, so let’s have a crack at solving the 19:00 Fitzdares Loves Nick Luck’s Daily Podcast Handicap.

Goldie Hawk wasn’t disgraced at Kempton last time and was better than the beaten distance suggests after being hampered in the closing stages by two useful horses. She finished with running left, and the return to turf and the drop back in grade are big positives.

She ran well here on her penultimate start and is very lightly raced after just seven outings.

It would be folly to think she doesn’t have more to offer, and this race looks like some excellent placing by her talented trainer – big chance and saddles my cash.

Like the above, Miss Mulligan is lightly raced and progressive and shaped as though she was some way ahead of the handicapper last season.

Six of her seven turf starts have come on soft or heavy ground, and she may lack the speed required on this faster surface, but this is just her second attempt at this 1m4f trip, so she is entitled to improve again.

She is one to keep on the right side of going forward should today not be the day.

Mafia Power, as mentioned previously, has been frustrating, and he is a suspect stayer now, so despite his falling handicap mark, he is becoming difficult to make a case for over this trip and may be seen to best effect at 1m2f or even 1m?

He is undoubtedly capable off this handicap mark of 78, but a step back up in trip to today’s distance may not be the answer – cue him bolting up. 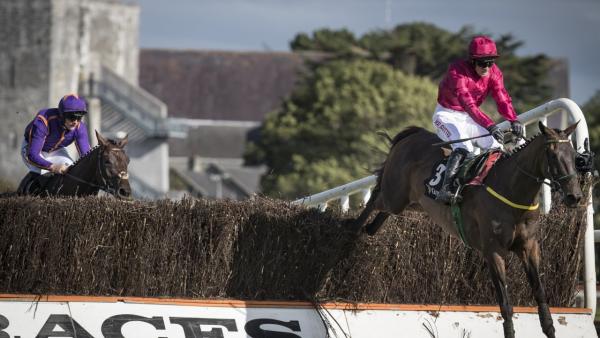 Our daily tipster Rhys Williams scored with two selections on Friday, and is looking to start the week with a bang at Listowel.

The stat of the day has been in flying form, including finding the weakness in two William Haggas favourites at Epsom on Friday.

Al Dudman hit a 66/1 winning double last month and has already struck with an 80/1 double this month!

Check out his two selections boosted by the Betfair Sportsbook every day.

What a smashing weekend we have had, and although the Epsom Derby may not have been the strongest of renewals, it was still a reminder of what a fantastic event it is.

I am generally critical of how this sport is promoted because I don’t believe it gets the justice it deserves by those at the top, but the Epsom Derby promo was a step in the right direction.

Sometimes things are just meant to be, aren’t they? Adam Kirby got his just deserves by landing the biggest classic of the season, and that was enough to ask yourself – do you believe in fate?

Bolivia vs Uruguay & Chile vs Paraguay Odds & Picks
27 mins ago

Finally able to cash out my ROY bet.
28 mins ago