Corey Seager homered twice in Game 5 to help the Dodgers force a Game 6 against the Braves in the NLCS. Image from @ESPNStatsInfo (Twitter).

The Dodgers live to fight another day.

In an NLCS that has been impossible to get a read on, LA overcame an early 2-0 lead, knocking around the Braves’ bullpen in the process. That cut Atlanta’s NLCS lead to 3-2.

Now it’ll be ace vs ace once again in Game 6. Max Fried and Walker Buehler will square off from Globe Life Park on Saturday (October 17th) at 4:38 pm ET.

Odds as of Oct 17th from FanDuel

The odds are slightly closer than they were for Game 1, but with the same pitching match-up the Dodgers are still favored. Game 1 was also the only game of the series to finish with fewer than 10 combined runs (six), which makes the under and interesting play.

Buehler, Fried Square Off Once Again

Both the Braves and the Dodgers have the benefit of trotting their aces out for the second time in the series.

While both left Game 1 with it tied 1-1, they got to that point in different ways. Buehler struggled with control and saw his pitch count rocket up, while Fried overcame a laborious first two innings and ultimately settled down.

While the final line looks good for Fried, he actually struggled through the first two innings. He struck out four across the first and second innings, but he ended up throwing 45 pitches with the Dodgers stranding a pair both times.

Even with his early heavy pitch count, Max Fried completed six IP at <100 pitches which helped the bullpen in only having to eat three innings on 36 pitches. Martin (14), Smith (13), and Melancon (9) should all be available for game 2.

Despite the solo home run he gave up in the fifth, Fried was pretty much spotless after that. But LA did have some success against him in Game 1.

Series star Corey Seager told Ken Rosenthal after Game 5 that seeing Fried for the first time in 2020 on Monday played a part in LA’s inability to cash in early on.

For Buehler, he walked a batter in each of his first four innings, including two in the fourth. It’s an issue that cropped up early in the season, and has followed him to the postseason. Buehler has walked 11 batters in 13 innings in three playoff starts.

The Dodgers and Braves bullpens had the second and fourth-best ERAs respectively in the regular season. They were also two of the more relied upon units, as they both finished top five in innings pitched.

But in this series, neither bullpen has been up to their elite standards.

Overall the Braves bullpen has been better in the series, but they’ve basically had two bullpen games to the Dodgers one.

With Dustin May going just two innings in Game 5, its set LA back a bit. With their backs against the wall, the Dodgers used Blake Treinen, Victor Gonzalez and Brusdar Graterol on Friday. That could become a key sticking point, as that was the trio that followed Buehler in Game 1 (plus May) with the score tied.

Tyler Matzek and Will Smith have received extensive work when the Braves have had the lead in this series. After appearing Friday, they could be without their services in Game 6.

Remember Game 3 when the Dodgers scored 15 runs? Everyone thought it would carry over, but they managed just two the following day.

Well after scoring seven on Friday, LA can’t afford to come up short again. Expect another patient approach from LA to try and max out Fried’s pitch count. They’ll get the better of him in a low-scoring affair to force a Game 7. 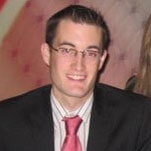 Bryan has spent the last decade working in the sports industry. He can be found conducting sideline interviews for SKY Sports and gathering post-match reactions for BBC. The sportcaster’s broadcasts stream on CBC Sports, Game TV, and Premier TV in the UK.

Bryan has spent the last decade working in the sports industry. He can be found conducting sideline interviews for SKY Sports and gathering post-match reactions for BBC. The sportcaster’s broadcasts stream on CBC Sports, Game TV, and Premier TV in the UK.

Japan’s IR plans may be delayed, but PM confirms the push is on
2 hours ago
Best Online Casinos and Bonuses