Donald Trump is 4/1 to be the Republican candidate for US president in 2024 even as his exit from the White House becomes ever more rancorous.

The president is set to leave office on 20 January as Joe Biden is inaugurated to become America’s 46th occupant of the White House. Trump is leaving in unprecedent fashion, however, by refusing to conceded the election to Biden.

Under the US Constitution, Trump could still pursue the Oval Office again in 2024. The 22nd Amendment states that: “No person shall be elected to the office of the President more than twice”.

As Trump has only been elected once, in 2016, that would clear the way for a 2024 run should he decide to try to win back the White House. He will be encouraged by the 74m votes he received in 2020, although those advocating another Trump run have urged him to leave the presidency this month in a dignified manner.

So far Trump has not heeded their advice. On Sunday, the Washington Post released recordings of Trump telling Georgia Secretary of State Brad Raffensperger to “find 11,780 votes” that would have given Trump victory in the state.

This came in the build up to Tuesday’s Senate runoffs in Georgia – crucial votes which could give the Democrats control of the Senate and much more power to pass legislation once Biden becomes president later this month. The Democrats have won one of the votes while the other is on a knife-edge.

Trump is reportedly telling his vice president Mike Pence to obstruct the certification of Biden’s victory. Pence is about to oversee a joint session of Congress, in which the House and Senate will vote to formally confirm Biden’s victory. Trump tweeted:

States want to correct their votes, which they now know were based on irregularities and fraud, plus corrupt process never received legislative approval. All Mike Pence has to do is send them back to the States, AND WE WIN. Do it Mike, this is a time for extreme courage!

This is unedifying stuff and it could cause some of those who have previously supported the president to abandon him. Many supporters of the Republican Party, as well as leading figures within its ranks, will hope a strong candidate will emerge to win the nomination in four years. 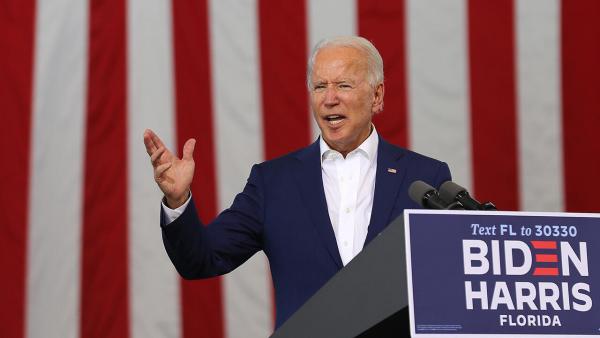 At 78, there has been plenty of speculation that Biden will not seek a second term in the Oval Office.

If so, his vice president-elect Kamala Harris would be the obvious candidate to run for the Democrats and she is 9/4 to win.

But there’s a long way to go and there will be plenty of twists in US politics between now and then. Read about the latest betting news on our dedicated blog.

Drake vs Missouri State Odds, Lines, and Spread
2 hours ago